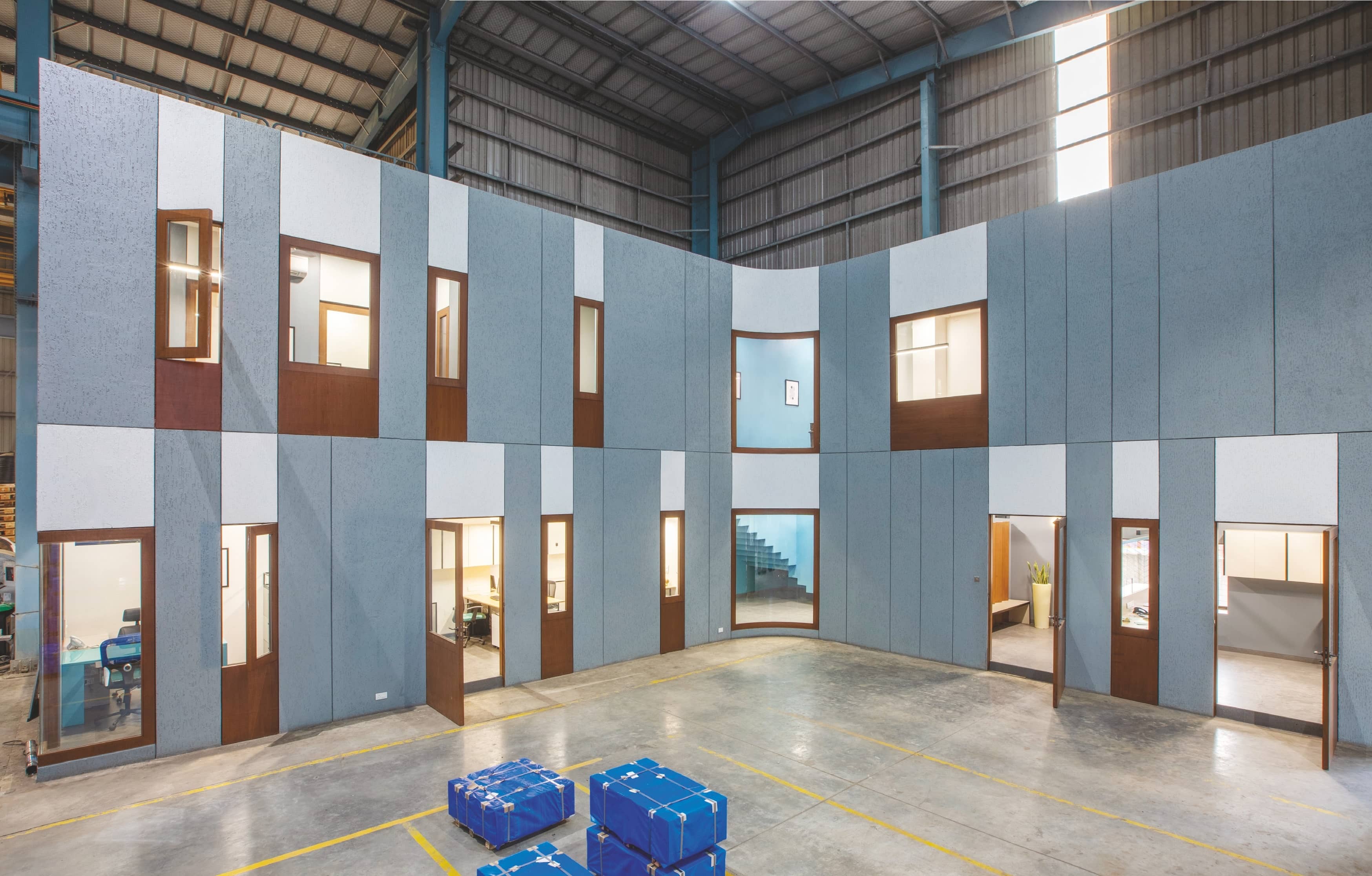 MITALEE KURDEKAR
Given the setting of the office, MuseLAB decided to highlight functionality rather than aesthetics.

Context. It is at the very core of architecture and what architects playoff more often than not when designing a space. Similarly, for a writer, context is integral to the process of storytelling. And, therefore, to understand this particular architectural intervention, one must go back to the beginning of the tale, for – you guessed it – context.

It was three years ago that Ashraf Chitalwala of Zarhak Steels and his nephew, Imran Chitalwala, approached MuseLAB with a project. “The former had presented to us his vision of building an office for his Taloja plant. He mentioned that they were (at the time) working out of a container box and given that they were scaling their operations, there was a need for a larger office space. Throughout the course of this conversation, there was no mention of the context itself,” recalls Huzefa Rangwala, director of MuseLAB.

On visiting the site, the confusion only grew. There was a massive shed with a 6m setback on all four sides, begging the question: Where was the office supposed to be built? A quick look around the site revealed a factory shed with an approximate built-up area of 50,000 sq-ft, which was used for the manufacturing of tin free steel plates. “It was organised chaos at its best. When we saw the inside of the plant, we realised that if our clients were so anal about organisation at such a large scale, then they would expect the same even for their office. But where is the office to be designed?” thought MuseLAB’s other director, Jasem Pirani, at the time.

Finally, the duo was taken to a corner of the shed, right by the entrance, which was then identified as the spot for constructing the office block. Naturally, this was a surprise for the pair, who had imagined designing a built form on a plot which was open to sky, but they also saw it as “an extremely exciting intervention – to design an office, an architectural intervention, inside a factory shed,” and took it up as a challenge. 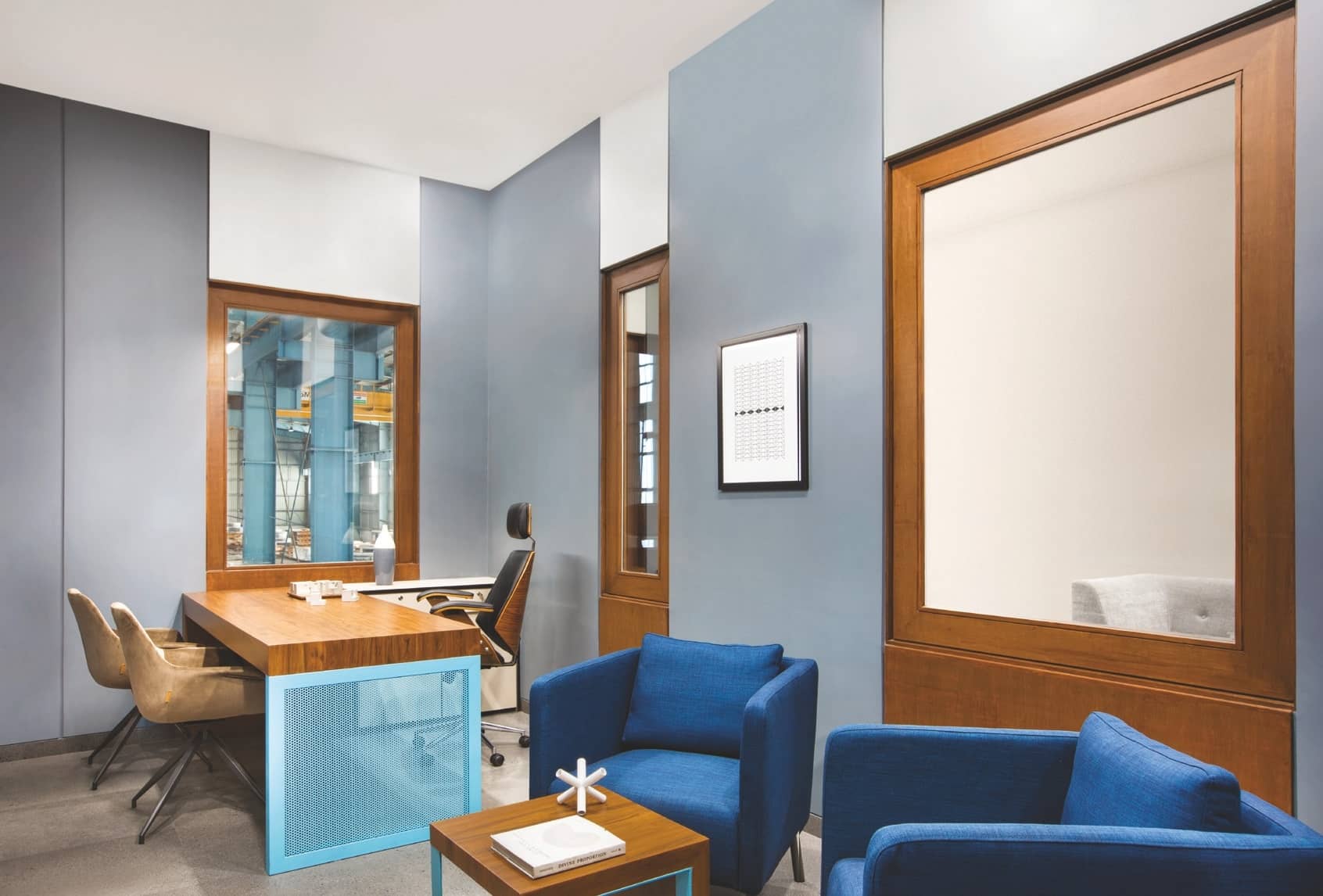 The interiors are simple and extremely functional in nature.