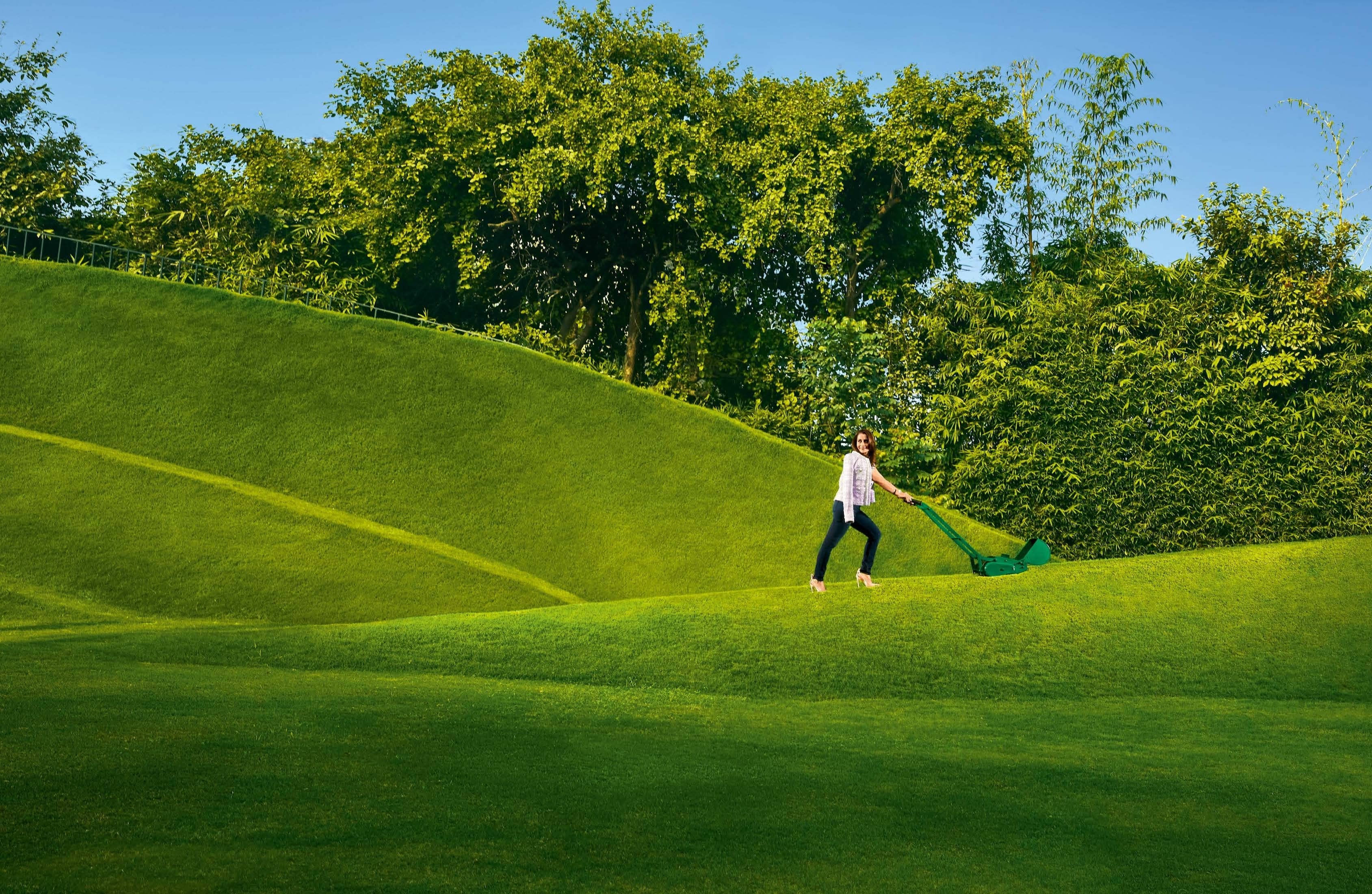 The late Charles Jencks’ s lifelong interest in cosmology, the science of the planets, is realized here in his design for this New Delhi house and garden, which seeks to symbolically bring down to earth, the sun and the moon and the stars

The House of Light in New Delhi is a monument to the most original architect and landscape artist of the 21st century, Charles Jencks (1939 -2019). After seeing his own Garden of Cosmic Speculation in Scotland, Shalini Misra asked Charles with his daughter Lily, partners in Jencks Squared, to collaborate on the design of her family house on four acres of farmland.

Shalini first visited the farm in 2013 where she discovered “a 92-year-old widow living there in a tiny cottage. She was bedridden, chain-smoking, having a gin and tonic and I thought ‘What a woman!’ I liked her spirit. There were no boundaries.” An internationally acclaimed architect and interior designer herself, Shalini determined to keep that spirit, breaking boundaries in her search for perfection.

The House of Light sprang from Charles’s sketch pad as a swirling figure of eight. Unlike normal houses based on the square or rectangle, this house breaks all boundaries in its spiralling, circular form. At its core, a courtyard represents the strong centre of gravity that pulls the international couple and their three children back to India, their spiritual, and actual, home. An infinity pool closes that figure of eight. 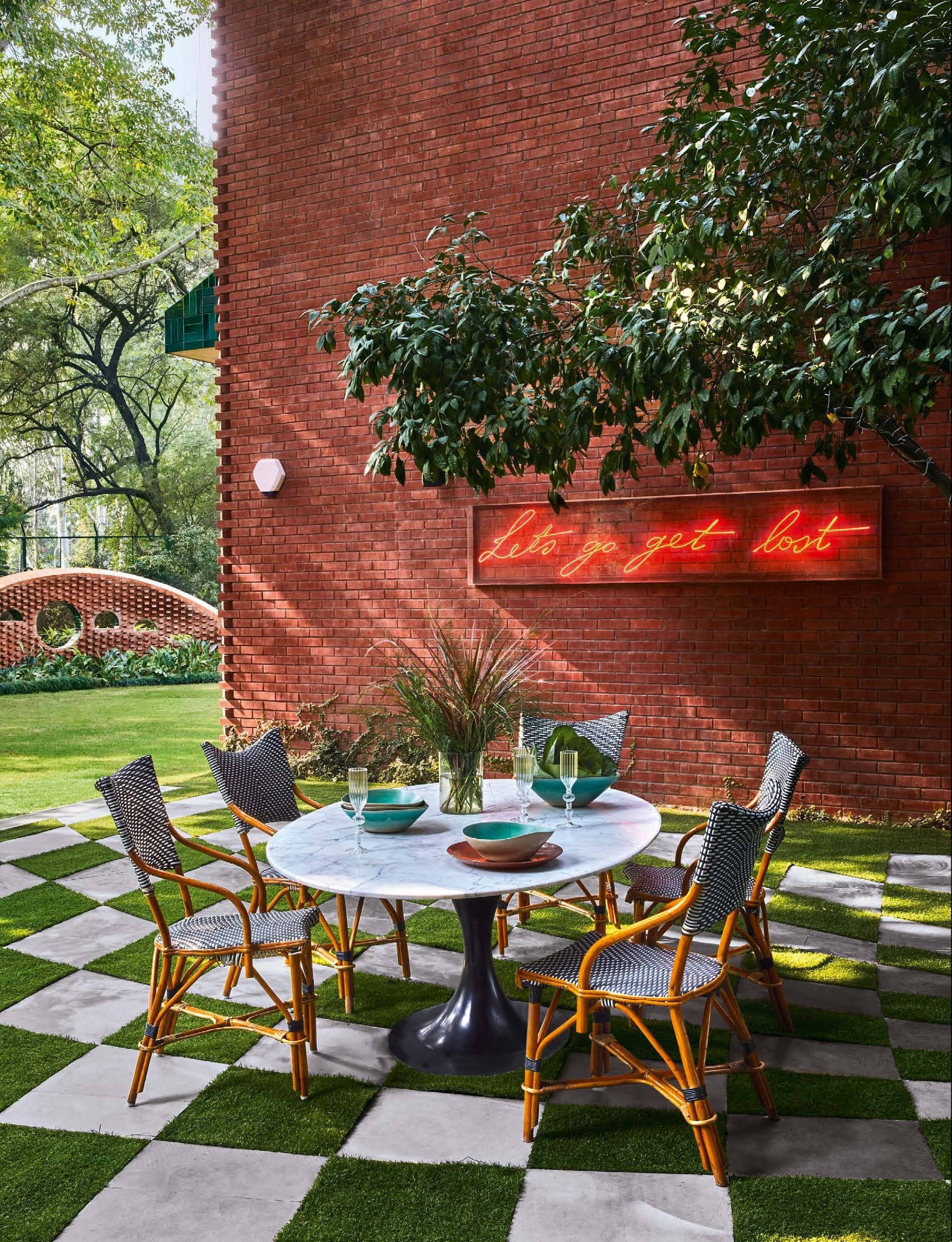 The landscape imagined by Charles and installed on site by Integral Design, tracks that cosmic swirl in twists and folds. Seven moon gates rise along a meditative path (known to younger members of the family as the jogging path) based on the Hindu philosophy of vyatireka. Five huge, spiralling turfed mounds represent the life force, or chakra, with an amphitheatre scooped out of the earth for performing arts as part of the Misras’ Vahani scholarship programme. Standing stones like lightning bolts, a golden brick wall designed to capture the last rays of the sun, rills of water that reflect the sky, a fountain to Shiva, are features. The point where the earth meets the sky as the turfed pathway rises to the top floor of the house, Charles called the morphing moment. 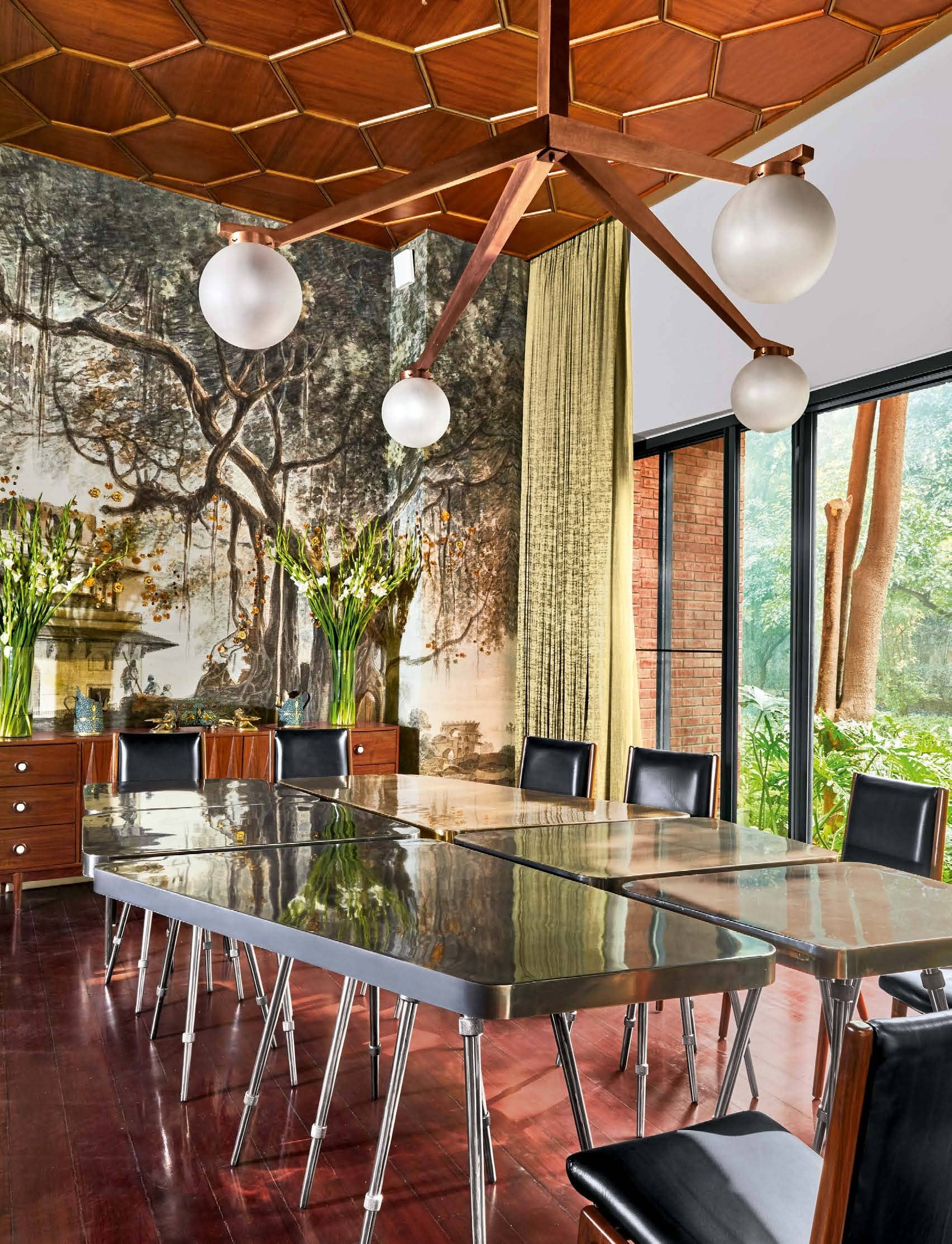