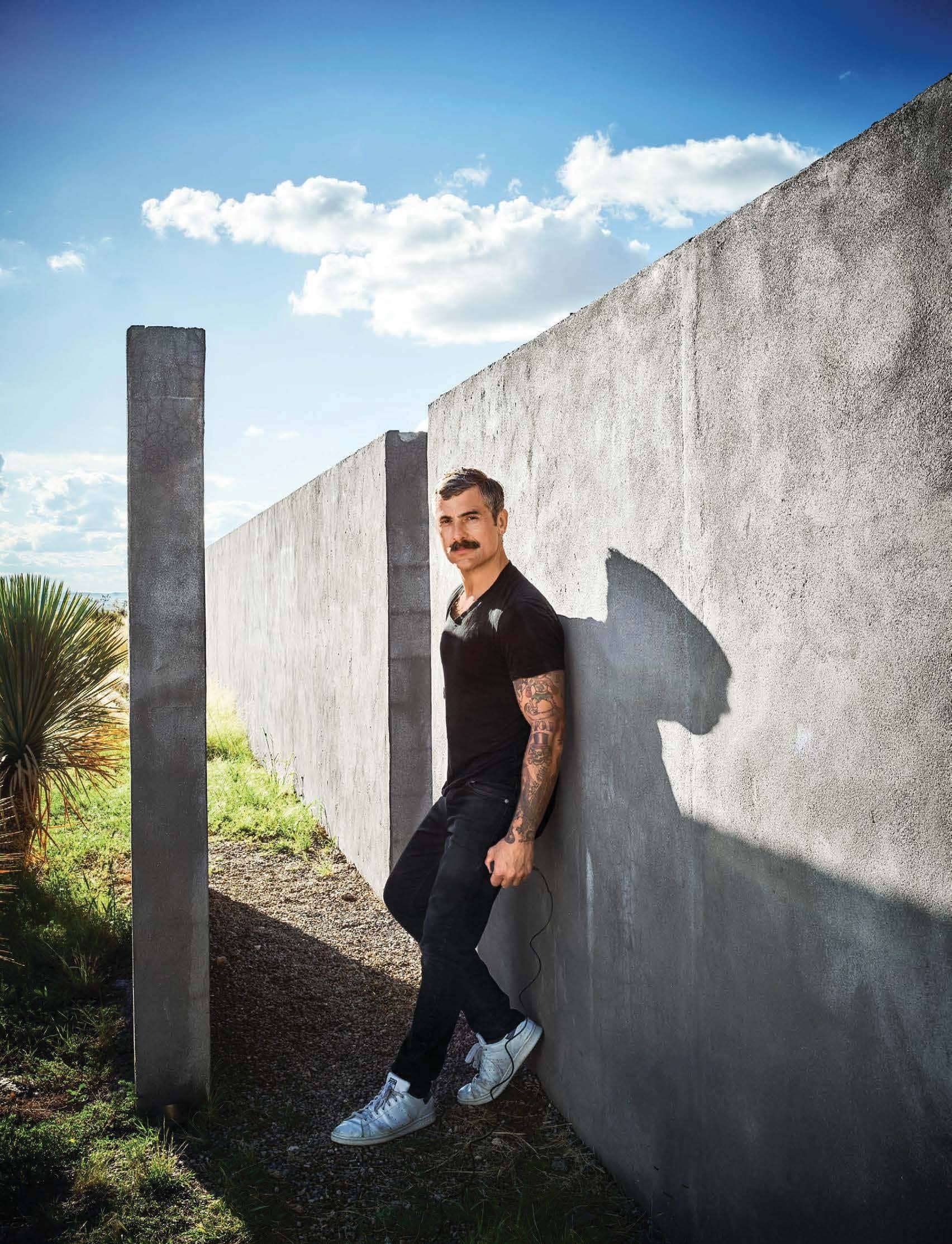 AFTER JETTING AROUND THE GLOBE TO DOCUMENT THE LIFESTYLES OF THE RICH AND FAMOUS, DOUGLAS FRIEDMAN TAKES REFUGE ON AN OTHERWORLDLY SITE IN MARFA, TEXAS

The high desert of far West Texas can be unforgiving terrain. Just ask Douglas Friedman, the globe-trotting photographer renowned for his copious talents and bonhomie, to say nothing of his signature moustache and tattoos. Nine years ago, Friedman fell under the siren spell of Marfa, the diminutive Lone Star city and art mecca (population roughly 2,000) once described affectionately by John Waters as “The Jonestown of Minimalism” for its connection to artist Donald Judd. “The desert really doesn’t want you there. You’re in a constant battle against wind, rain, dust and, in the summer, blistering heat,” Friedman says, reflecting on the challenges of building his serene modernist compound. “For one thing, I didn’t design the house with screens, because I wanted it to feel as open as possible. But I quickly realized that you need screens if you don’t want a scorpion in your shoe, a rattlesnake under your bed and a tarantula in the sink.” 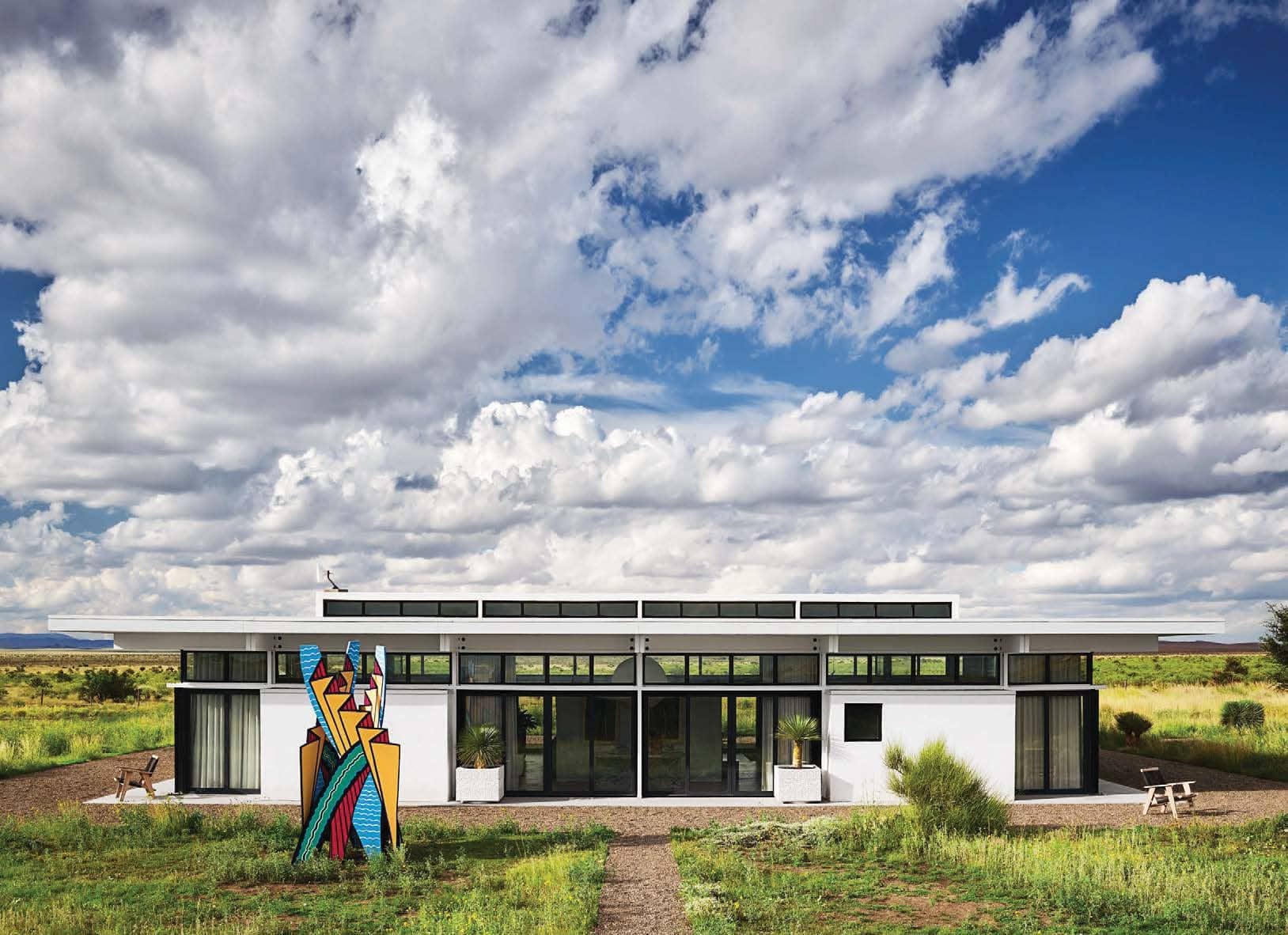 Sounds charming. But Friedman is equally emphatic that the creepy-crawly desert critters are part of what makes the West Texas landscape so bewitching. “When you fall in love with Marfa, you fall in love with all of it,” he insists. “Having grown up in New York City, a nice Jewish boy, the idea of living out on the land was incredibly appealing. I have to take two flights and then drive three hours to get there, but the journey culminates at the end of a dirt road, with no visible neighbours and endless views of this incredibly beautiful, soulful terrain,” Friedman muses.