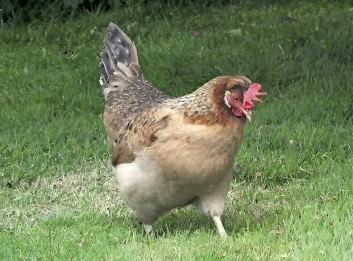 Slasher the ancient Araucana is looking good, but looks can be deceptive

You might remember that Slasher recovered from the stroke-like symptoms of a condition called Wry Neck, which left her paralysed for the best part of a day. She’d quickly got back on her feet, and after two or three weeks seemed completely fine, but there was more trouble ahead.

Normally reticent, Slasher began running up to me in a way that indicated she wanted feeding, but when food was offered only took small quantities and appeared to lose interest. Then she began gaping and twisting her neck, so I took her to the vet.

MORE STORIES FROM YOUR CHICKENSView All