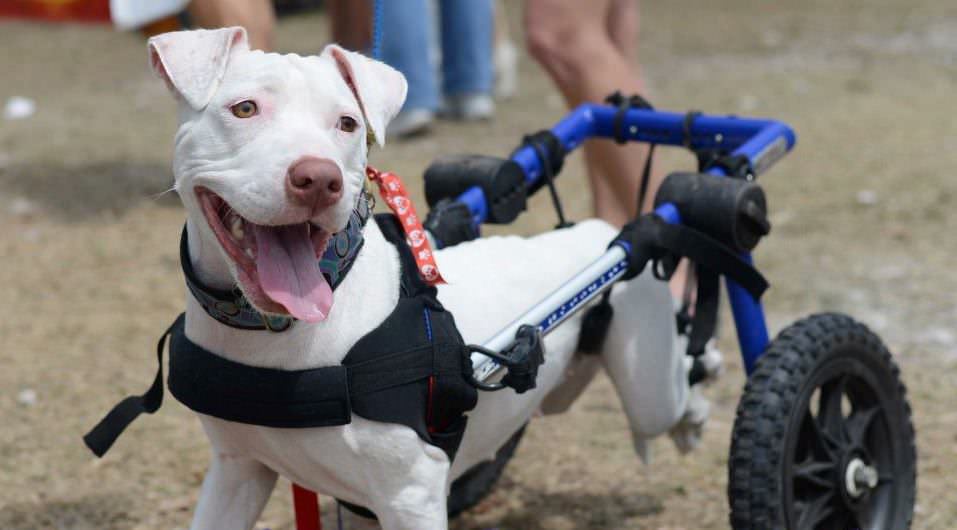 In 2011 I was working as a Veterinary Assistant at Marathon Veterinary Hospital. The evening of April 17th 2011, I was on the emergency overnight shift when I received a phone call from Dr. Jackie Bruce. She had dinner with her husband and was leaving Sparky's Landing in Key Colony Beach around 9pm when she found a dog in distress on the side of the road.

She was on her way in and I was prepping the emergency room for her and the dog's arrival. She rushed through the door holding a bloody dog wrapped in a towel in her arms. The dog had been struck by a car and left on the side of the road for dead.

During the dog's initial exam, despite being in clear pain, the dog never barked, never growled, never showed her teeth. Instead she laid her head low, avoiding eye contact, seemingly defeated. Physical examination of the dog provided a poor prognosis. Her rear end was paralyzed from the incident. Although X-ray's revealed no break in the spine, only a fractured hip, the accident caused severe and irreversible nerve damage. Dr. Jackie stated that the dog would never walk again.