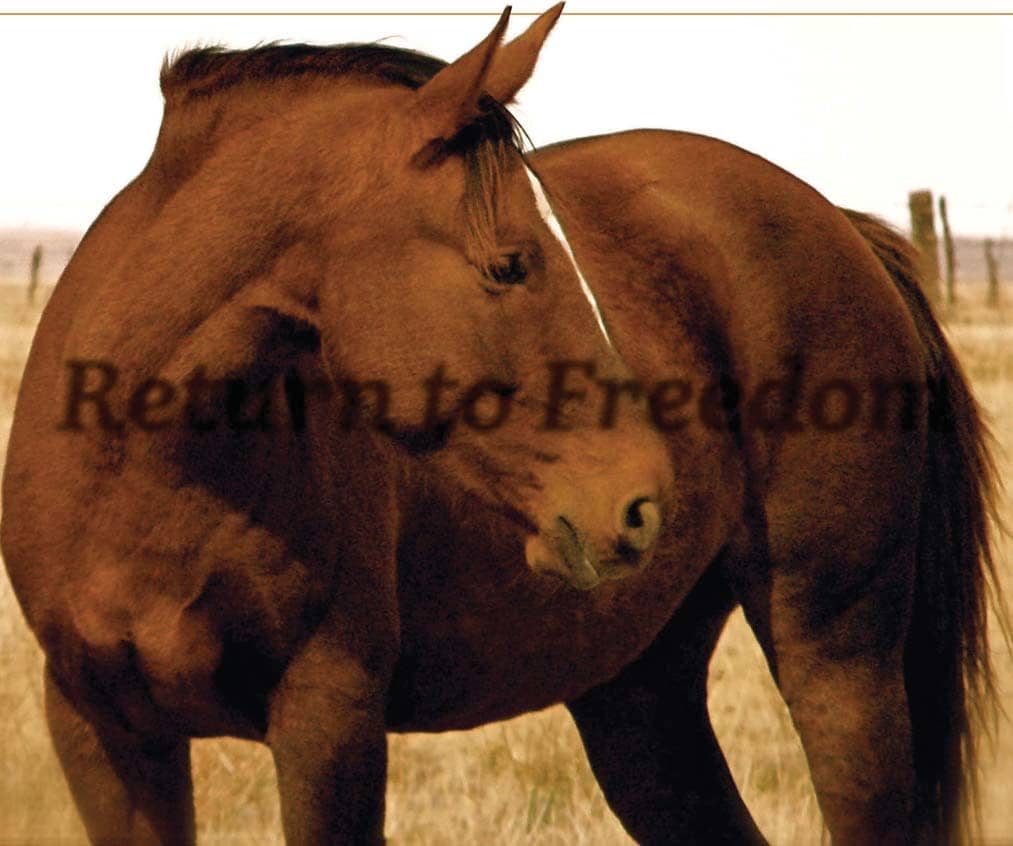 Despite an early life of trauma and neglect, this mustang mare found a forever home and happy ending.

The young mustang filly—probably a yearling—was part of a round-up at the White Mountain Herd Management Area in Wyoming. Separated from her herd, she was moved to a small pen where she received her trademark mustang freeze brand, vaccinations, and a hoof trim. This would have been her first close encounter with humans, and it was probably a scary and confusing experience.

The little filly remained in captivity for nearly 1½ years. She was among new horses, all colors and ages, but had very little human contact.

Humans loaded her into a trailer— another scary and confusing experience—and hauled her across the country to Asheville, North Carolina, where she was auctioned off and adopted. After a year of owning a Bureau of Land Management(BLM) horse, adopters have the option of receiving a title for their horse. In June 2010, the mare was titled. This meant she was now owned by her adopter, but also now out of reach from any BLM assistance and aid.

The mare was boarded for approximately one year in a sub-par environment. Her owner had moved and was not checking in on the horse regularly. The mare ran wild in the pasture without farrier or vet care. Concerned neighbors fed her hay through the winter.

The mare changed owners and was moved to another boarding facility.