Bringing Cattle to Your Barn 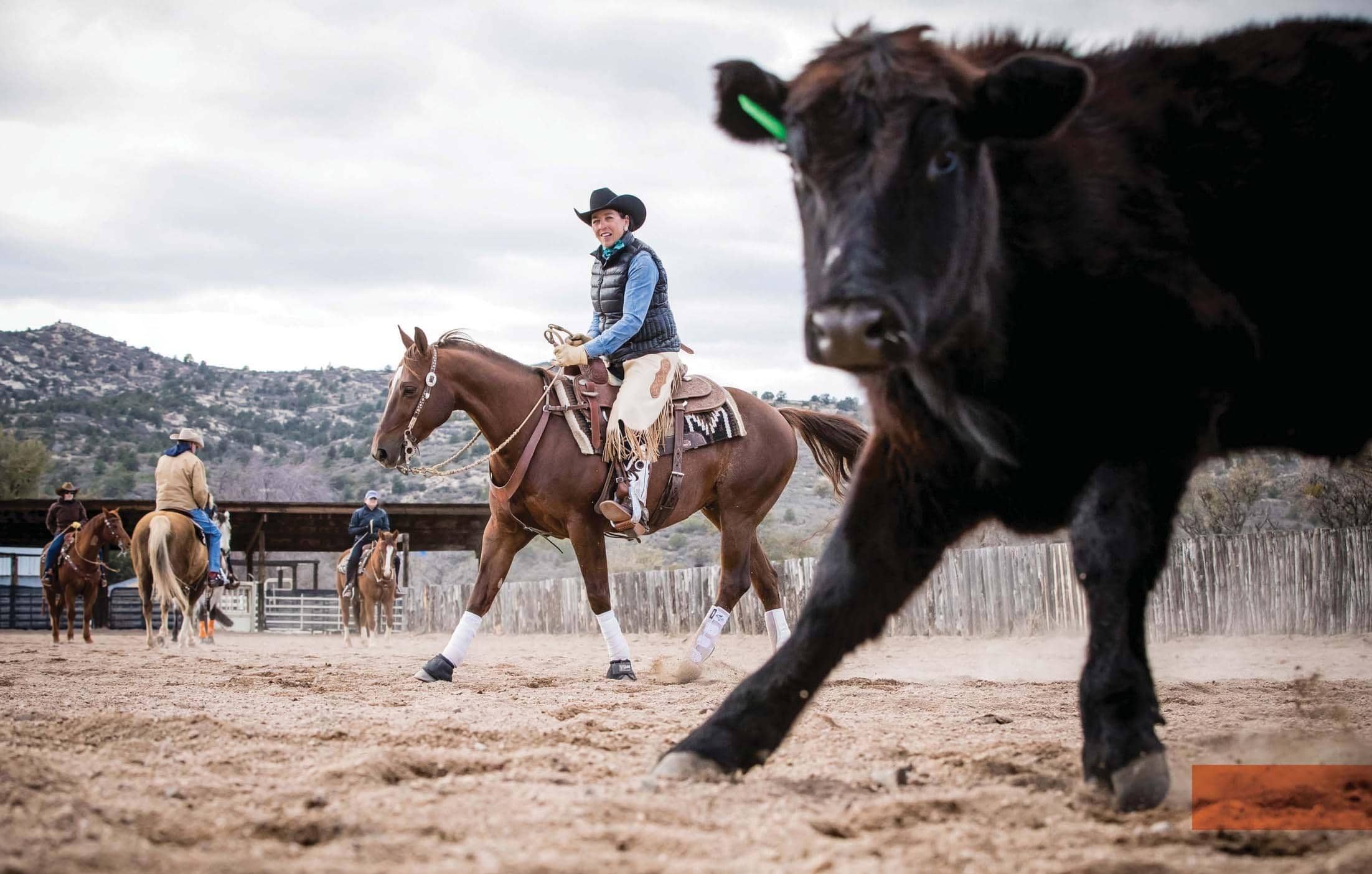 Keeping cows at home is a natural fit for riders interested in cattle events. Here are a few things to know before you bring cattle to your horse barn.

Practicing for roping, sorting, working cow horse, or any cattle class is challenging without, well, cattle. That was one reason Bill Riel and fiancée Emma Reichert decided to introduce cows to their small horse farm in Mechanicville, New York. Riel team roped, Reichert competed in breakaway roping, and their one boarder was learning to box and sort cattle. So expanding the hobby farm to include about a dozen head of cattle just seemed to make sense, and as a bonus provided the opportunity for additional income through beef sales.

Success with cattle, as with any livestock, starts with planning. That includes breed selection, fencing, and developing an understanding of the basic needs of the species. Here, you’ll find advice for choosing a breed suited for your goals, purchasing your animals, selecting fencing and housing, and providing care—all information that will help you in your plan to bring cattle to your horse barn.

What Type of Cattle?

There are more than 80 breeds of cattle readily available in the U.S., each developed for a different purpose. Most have their own registry and website, where you can research breed characteristics to see how they might fit your farm plans.

Ashley Wright of the Cochise County Cooperative Extension in Willcox, Arizona, says how you intend to use the cattle is the most important factor when deciding which breed to buy. The breeds most commonly used for beef, dairy, roping, or other cattle events differ significantly, she notes.

“If you’re looking to raise your own beef, you’ll want to consider breeds such as Angus, Hereford, Charolais, or Simmental,” she recommends. “Corriente cattle are the most popular breed for roping steers, while breeds such as Holstein, Jersey, Brown Swiss, or Guernsey are common dairy breeds.”

As to how many head to acquire, Wright points out that cattle, like horses, are herd animals and do better in groups of at least two or three for companionship and social-behavior needs.

Riel and Reichert started with a few heifers that were a Holstein/beef-type cross. Then they purchased a black “baldy” bull (typically a crossbred between Hereford and a solid black breed, such as Angus) to produce calves that could be raised for beef.

A few months after their initial purchase, they bought at auction four purebred calves—three Jersey and a Holstein—to use for breakaway roping practice. Their earlier-purchased crossbred heifers produced a calf each and were easily sustained on grass and hay. But the purebred Jersey and Holstein's calves struggled from the day they arrived—first from scours, then from failing to bulk up. Eventually, three of those calves died.

“The Jersey thing just didn’t work for us,” Riel says. “That’s one thing you have to be prepared for—the animals that don’t survive.” He’s since purchased a Hereford and an Angus, both breeds known for producing heavier weighted cattle.

Although he originally considered practicing roping with the calves produced on his farm, that’s changed now that he sees the time and money invested in raising them.

“I’m a heeler, and I don’t want to rope down on the back legs and risk an injury,” he says, noting that you, too, may find your goals and the intended use for your cattle changing over time.