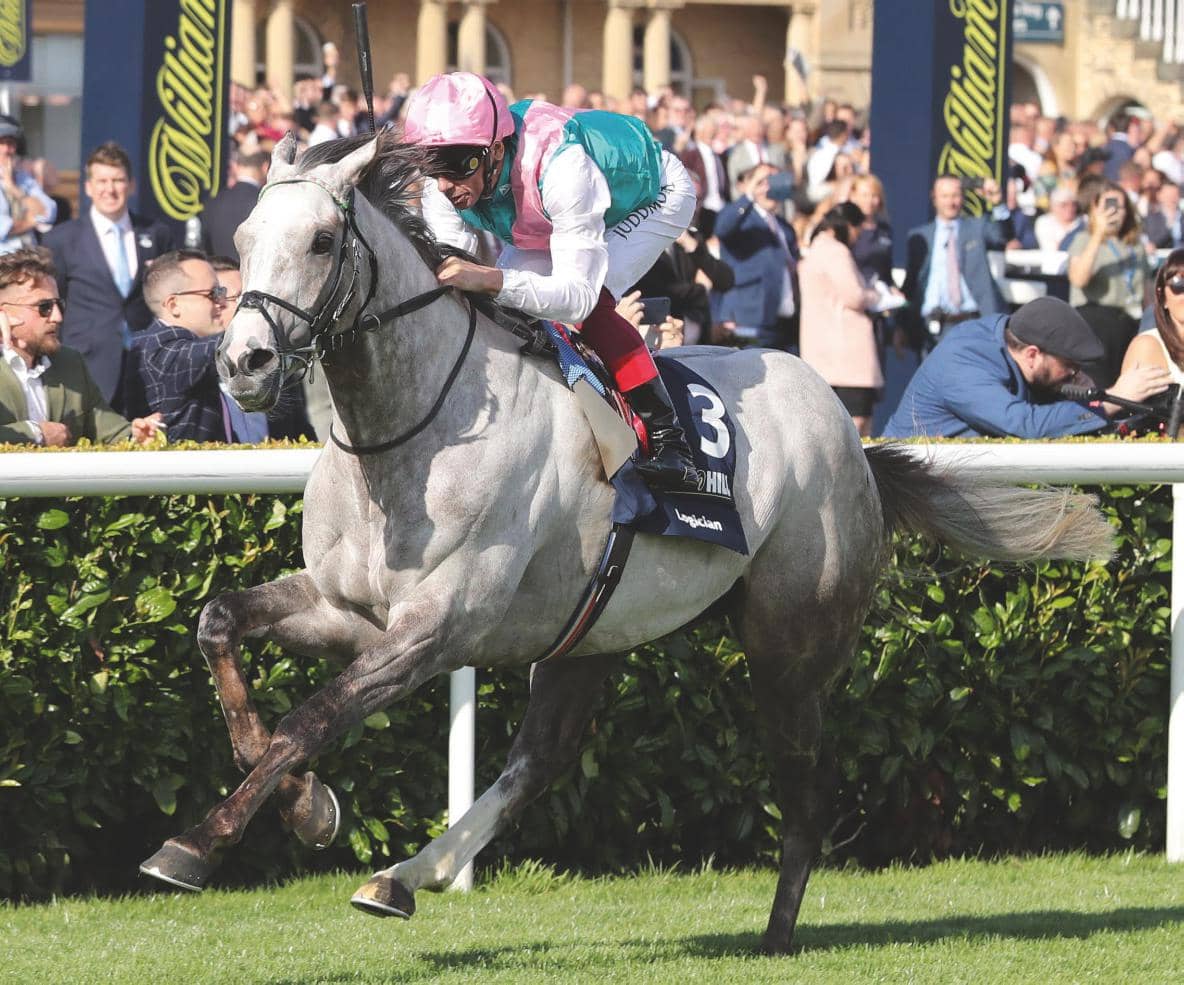 THE oldest Classic, the 243rd William Hill St Leger, may not have been a vintage renewal of the great race but the winner, Logician, certainly looked above average, coming home a comfortable 2¼ lengths clear in a course-record time.

The course record in horse racing depends on two things: a good pacemaker and quick ground. The John Gosden-trained Logician, a strapping grey son of Frankel — who has the bone and stamp of a good steeplechaser — had both, as Ballydoyle’s Western Australia set a strong gallop, primarily to test the odds-on favourite’s stamina.

However, running pacemakers can have mixed results. Sir Dragonet, the Ballydoyle number one — who was the Derby favourite after winning at Chester in May but could only finish fifth at Epsom — clearly failed the stamina test set by his stable companion and failed to get the trip back in fourth.

Instead, it set the race up beautifully for Logician and Frankie Dettori, who was winning the race for the sixth time. He sat in second last, pulled him out in the straight and was in possession of something that none of his seven rivals had — gears.