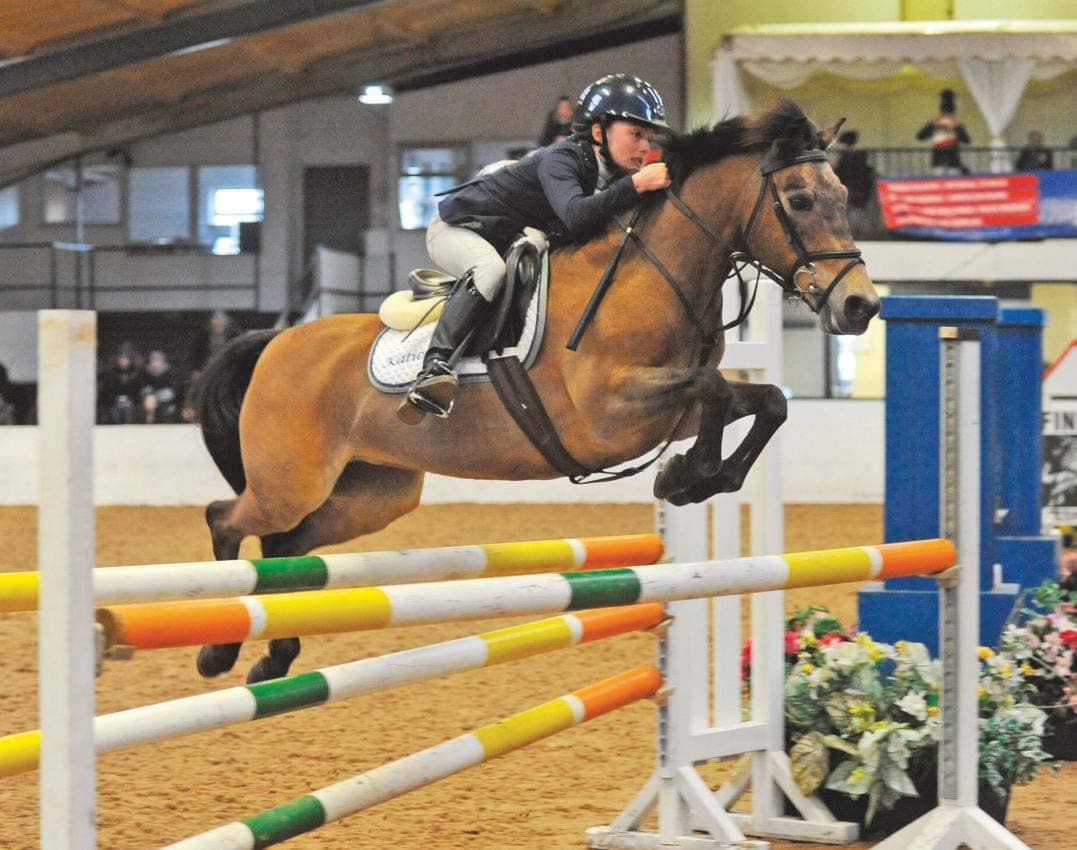 Katie Bradburne runs away with a one-two triumph, five-fight it out for the winter 138cm qualifier and Tabitha Kyle continues her winning streak

KATIE BRADBURNE proved unbeatable in both winter 128cm second rounds, riding her mother Gee’s Runaway Dolly and AP McCoy’s Carrowvila Izzy. Katie fired a warning shot to her rivals on the first day when Dolly and Izzy took the top two places in the opening second round.

“I really trusted both of my ponies and tried to get everything right, so it’s nice when it all comes off,” said Katie.

With a mix of experienced partnerships and new combinations to cater for, course designer Gillian Milner produced an up-to-height but flowing and encouraging course for the 21 starters. Five remained clear in the first round, of which three maintained a zero score to contest the deciding round, where Katie and Izzy opened with a sharp triple clear in 33.64sec.

Katie is just two months into her partnership with Izzy, a former ride of AP's daughter Evie McCoy. However, she saved her best until last when returning with Runaway Dolly to win by almost a second.

“Dolly has taught me everything and she has taken me into the bigger classes. She’s so reliable and I know that even over the biggest tracks, we are always going to complete the course,” said Katie, who had already claimed her early tickets for the Royal International (RIHS) at Keysoe.

Also producing an immaculate triple clear to clinch her ticket to the Hickstead championship was Sophia Rogers, who took third place with Whinney Lass. Nine-year-old Sophia took over Whinney from her older sister Izzy at Christmas.