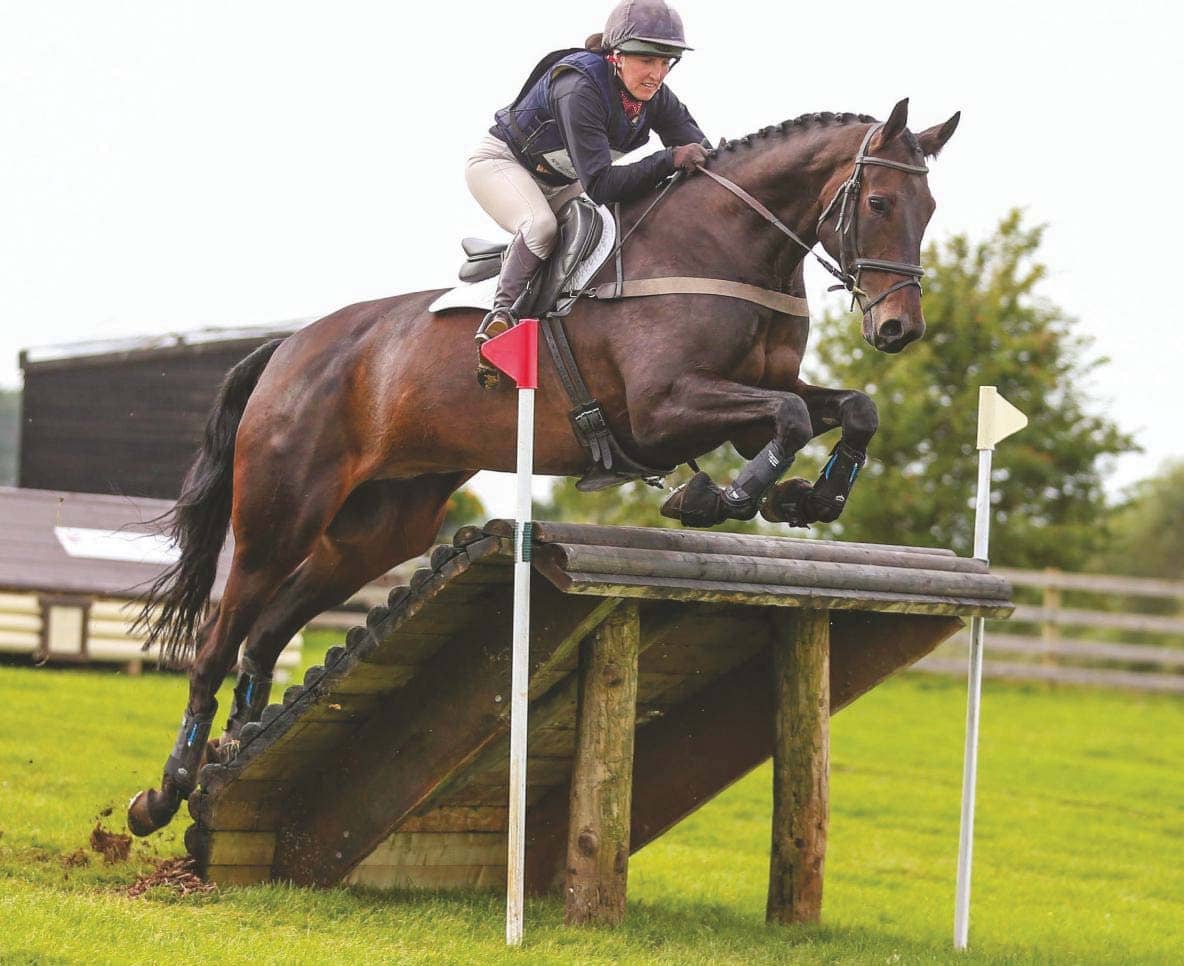 IT was a case of two up, two down for novice section I winner, Katie Magee, whose end-of-weekend stats revealed a win, a fifth place, a fall and a withdrawal.

Treworra was bred by the Preci Spark stud and the now six-year-old started his eventing career with Oliver Townend.

“I’ve had him since January. He’s a big horse for me – I’m 5ft 4in – but he’s very adjustable and trainable and does everything in a snaffle. Even my four-year-old son can ride him,” said Katie, who events and teaches from her base in County Durham and is aiming Treworra at the six-year-old championship at Thoresby.

“The rest of the weekend is probably best forgotten,” laughed Katie.

Her third novice runner, Jellyon, slipped up on the cross-country and deposited his rider on the floor, while her BE100 entrant, Ditch Dancer, only managed to complete the dressage before “self-harming himself while tied to the lorry”.

“To win one section would have been amazing, but to have two was a very big surprise,” said Amy.

“My two horses are very different to ride. Northern Echo is like an overgrown pony with a very short stride, while Jonjo Star is the complete opposite.”

Amy, 16, has just begun an apprenticeship working at her family’s livery yard in North Yorkshire.