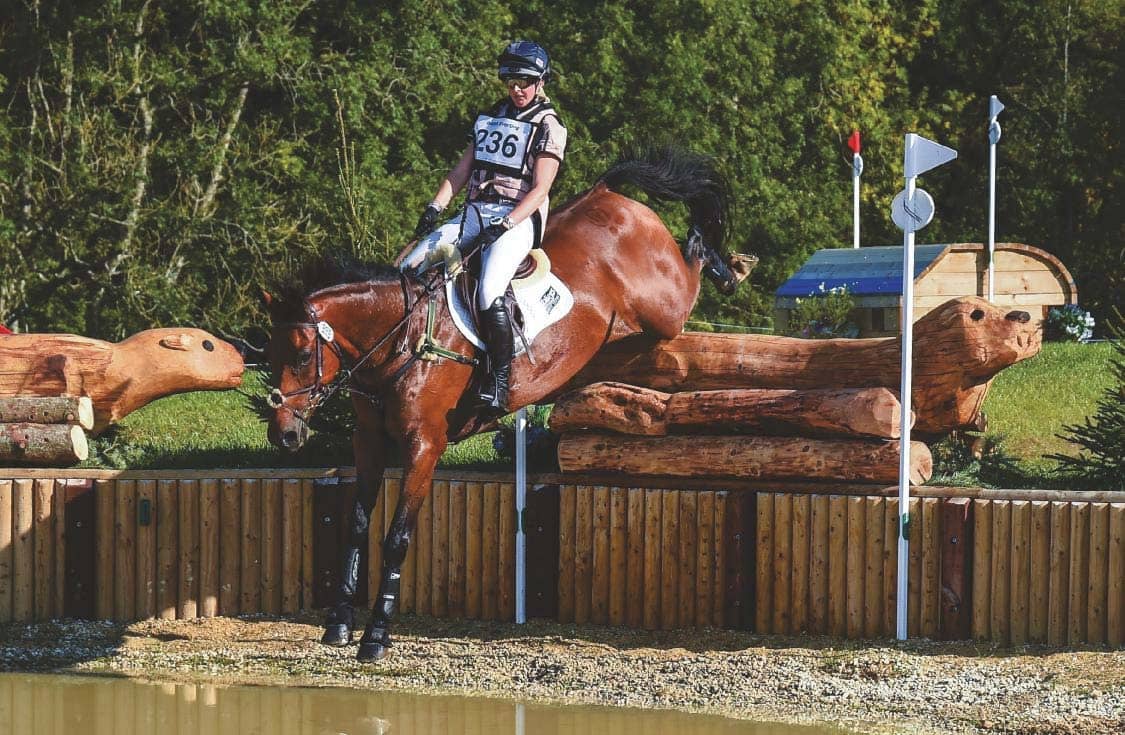 JUMPING came to the fore in the CCI3*-S at the inaugural Cornbury House, with winners Georgie Spence and Uppercourt Cooley being one of only five combinations from 97 starters to finish on their dressage score.

“Finishing in the top three was my ultimate aim, but when EquiRatings made us a combination to watch for the event, I thought that we might be cursed,” joked Georgie, who completed on her 31.4 dressage, which placed them eighth after the first phase.

“We’ve been doing in-house dressage competitions at home during lockdown, with my mum judging, and all of my horses have come out of it better. Plus I’ve been training with Laura Tomlinson for the past three years, working mostly on my confidence, which I’ve historically lacked in this phase, and I feel like she’s finally starting to crack me!”

“Bueno”, who is owned by Molly Fisher, Lucy Fleming, Nicky Cooper and Samantha Wilson, came to Georgie a year ago after he had been produced to four-star level by Emily Baldwin.

“Even if he is giving 50%, he is still 100% better than most horses,” enthused Georgie of the 12-year-old, who now heads to the CCI3*-L at Osberton at Thoresby. “He didn’t understand my way of riding last year, which is very much to let them run and jump, but he was really cool and straight this weekend. I feel like our partnership is coming together.”

Four faults in the showjumping relegated Piggy March and I Diablo Joe from first into eventual second, just 0.4 of a penalty behind Georgie, but Piggy was delighted nonetheless.

“I rang his owners at the beginning of the week to say not to get excited about us achieving a result as he is still lacking confidence in the showjumping, so I was very pleasantly surprised to finish where we did,” she explained of the seven-year-old owned and bred by Geoffrey Burton.