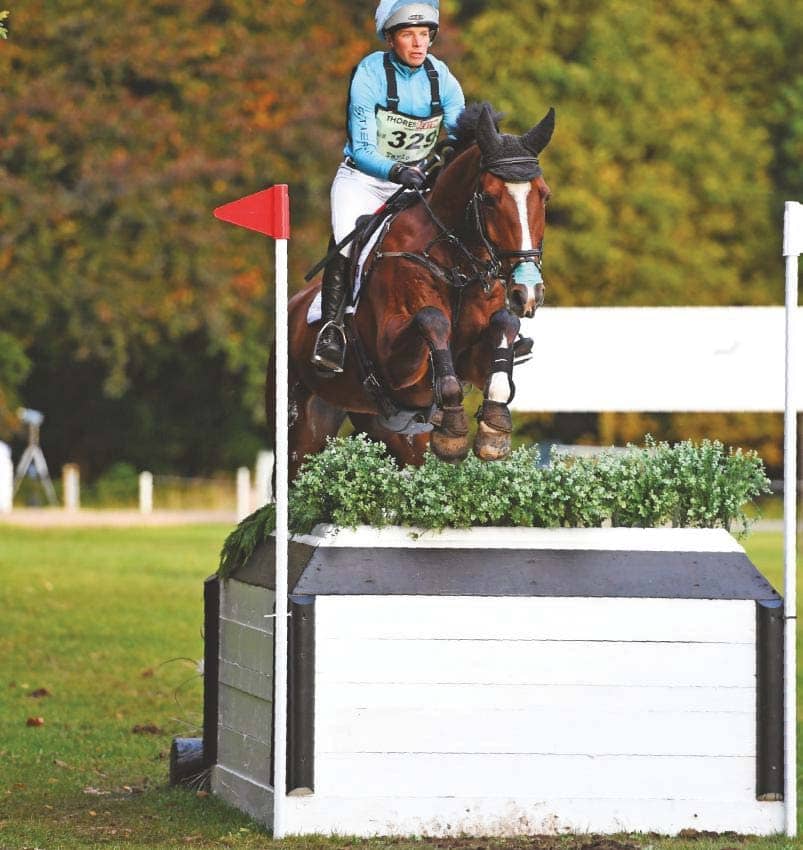 Izzy Taylor’s promising ride sets the record straight, as the jumping phases prove influential across all classes at “Thoresberton”

IZZY TAYLOR and Hartacker protected their dressage score of 25.7 to win the 113-strong CCI3*-L at the penultimate British international of the season.

Camilla Behrens’ eight-year-old Hartacker, still only in his second year of eventing, has been knocking on the door in all his runs this season, so the Italianbred son of Spartacus and Izzy were always going to be a force to be reckoned here.

A copybook performance across country saw the pair hold the advantage going into the showjumping, albeit with less than a fence between them and the chasing pack of the next 13.

In winning, Hartacker set the record straight after he was denied victory in the young horse class at Burnham Market by a run-out cross-country, having led the first two phases.

“He’s very sensitive and very much needs a security blanket around him, but he has a beautiful brain and wants to do everything right which is what makes him so lovely to work with,” said Izzy. “He’s so much stronger than he was 12 months ago and he finished well here in tough conditions, so I’m delighted.” 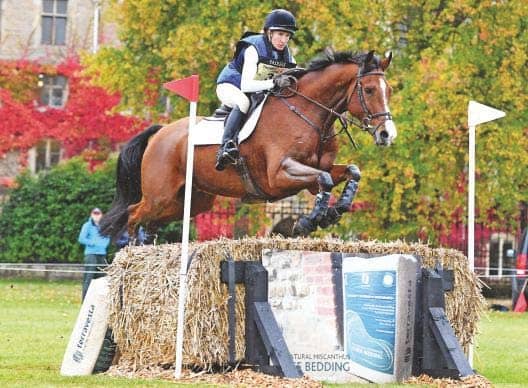 Piggy French piloted last year’s Osberton seven-year-old winner, Sportsfield Top Notch, into second place in his first CCI3*-L. The pair also kept a clean sheet and completed on their dressage score of 26.6. By Harlequin Du Carel, the Michael Hanrahan-bred gelding looked to have grown in confidence since last year’s win.

“He’s one of my favourite horses,” confessed Piggy. “He’s a lovely character and has got the limbs, scope and heart to be a five-star horse. He can have a pole here and there as he can still be quite suspicious of what he sees as scary-looking showjumps so I was delighted to go clear here.”

Third went to 2018 national pony champion Oliver Jackson and Viktor Krum on 28.5. They were slightly off the pace after dressage on 28.5 but, with no added penalties, the pair crept up the leaderboard at their first CCI3*-L.

The cross-country phase in this section got off to an eventful start with three out of the first four combinations incurring glance-offs at fence 10b, the middle corner element of the Investec Cubes. This three-part combination comprised a large white box to the corner, followed to another white box, all on a curving, slightly downhill line.

It proved to be the most influential complex on the track, with a total of 20 horses picking up jumping penalties. A further dozen blotted their copybooks at each of the pair of offset brushes at fences 13 and 14 and the arrowhead coming out of the water at fence 23.

Harry Meade had a fall at fence three with Merrywell Tradition and was dragged when his foot got caught in the stirrup, suffering repeated kicks to the head. He suffered lacerations and significant bruising to his shoulders, neck and face, as well as a suspected fracture to his jaw and a broken right arm, which was operated on on Monday.