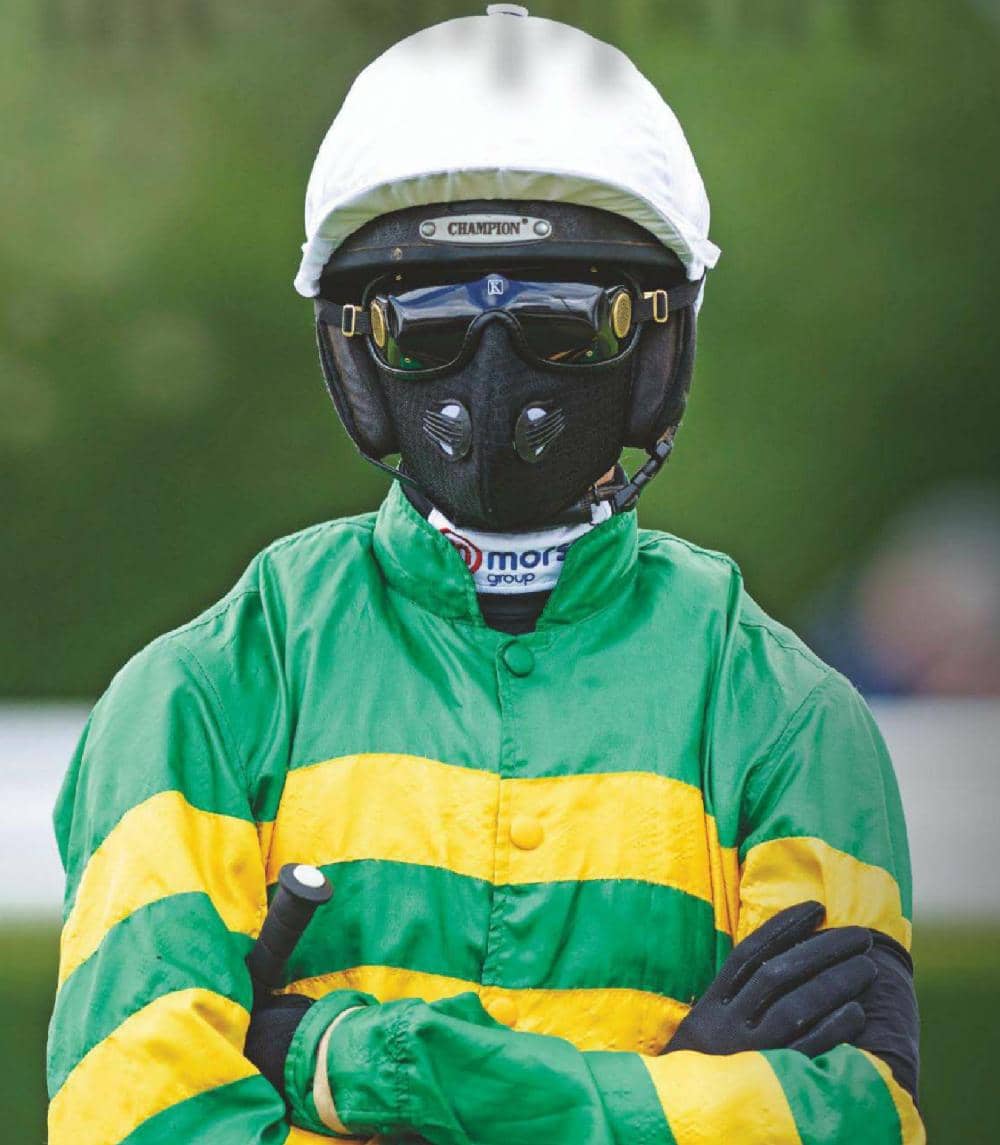 Empty grandstands and frequent health checks are the new norm as the sport carries on behind closed doors, but Jennifer Donald discovers intense passion still fills the racecourse during this critical time

THE general manager of Warwick Racecourse, Andre Klein, describes the sport behind closed doors as “racing on a life-support machine”, and nothing can prepare you for stepping into a near-deserted racecourse for an afternoon of action.

The welcome is still warm – albeit muffled through regulation face-masks. However, the turnstiles are all but redundant and there is an eerie quiet from the normally bustling terraces, thus magnifying the magnificent sound of hooves pounding the turf.

Only a handful of owners are permitted access and must remain in a different zone from the trainers and jockeys – the post-race debrief is now done over the paddock rail. The biggest vacuum emerges when triumphant victors return to the winner’s enclosure to a barely audible ripple of applause.

Really, the only familiarity these days are the four-legged stars and their handlers, a few anxiously pacing trainers, the colourful silks of the jockeys and a brace of bookies glancing hopefully for some custom. Racecourses have gone to monumental lengths to ensure the sport has carried on behind closed doors, but the past seven months since the nation first hunkered down against the global pandemic have been unbelievably tough.

“I can’t emphasise enough how difficult it is – it’s so far from normal,” says ITV Racing presenter Ed Chamberlin. “I’m getting used to empty racecourses, but it’s desperately sad.”

A swathe of fixtures were lost during those initial months but, just two weeks after the resumption of racing on 1 June, Ascot staged the Royal meeting – the country’s first major national sporting event behind closed doors.

“There was a tried-and-tested protocol at the races for participants but scaling it up for Royal Ascot so quickly was another matter,” says head of racing and public affairs at the racecourse, Nick Smith, revealing also the “sense of relief ” the whole industry felt after the successful event.

There has been plenty of fine-tuning; it’s been a steep learning curve for everyone.