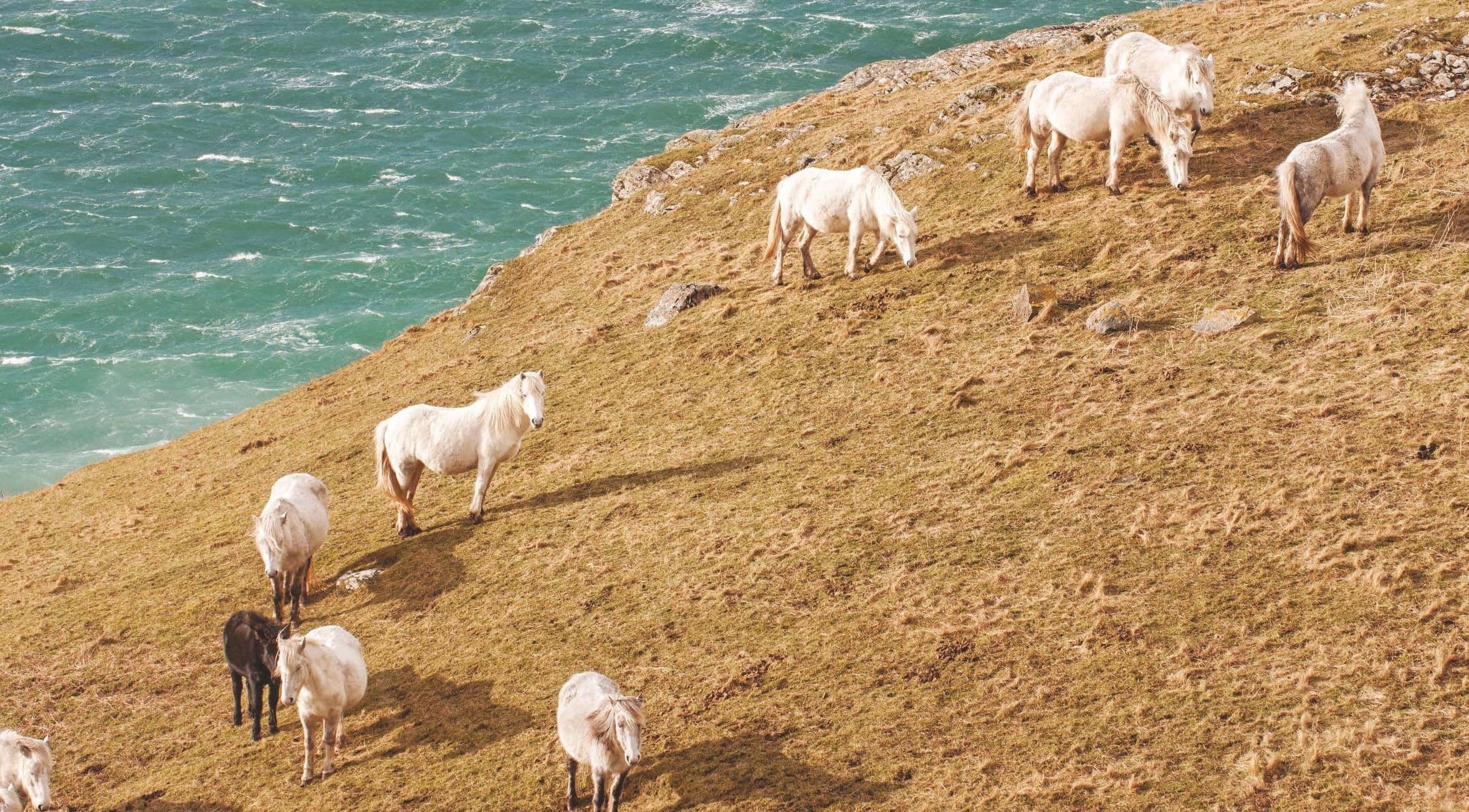 Five of Britain’s native breeds are on the critical list, fighting for their survival. Octavia Pollock explains why it’s worth considering these often overlooked horses and ponies.

ANYONE who doubts the ability of the Exmoor pony should see the astonishing photograph of Tippbarlake William jumping a hedge out of his field to follow the Beaufort (p44). The wild ponies, with their dark dappled coats and mealy muzzles, are beloved by anyone who devoured Moorland Mousie as a child. Yet the breed is now classed as “endangered” by the Rare Breeds Survival Trust (RBST), as is its southern counterpart, the Dartmoor.

Five other native British breeds are faring even worse: the Cleveland Bay, Eriskay pony, Suffolk, hackney horse and pony and Dales pony are “critical”, with fewer than 300 breeding mares. All five are full of ability and character, yet are often overlooked in favour of more obvious options.

The oldest of the English breeds is the Cleveland Bay, with enviable temperament and stamina. Recent genetic research shows the breed’s origins go back to the Sarmatian tribes of the Crimea, who travelled to the region of Hadrian’s Wall after a treaty of 175AD with Marcus Aurelius. The strong, swift horses were described as “brown as applewood” in Beowulf, about 700AD, and eventually began to be used by chapmen, Yorkshire travelling salesmen, to carry goods.

When coaches arrived in the reign of Elizabeth I, Cleveland Bays, named for the Yorkshire region, were the natural choice to pull them. Their driving prowess nearly led to their downfall, with so many being used in the World Wars that breeding stock was drastically reduced, but also led to their revival when George VI and, later, his daughter, our Queen, recognised their value. Now, no Royal Ascot week would be complete without the noble bays trotting up the straight.

THINK of a hackney and you think of a carriage. Breed doyenne Barbara Stockton showed high-stepping hackney for some 25 years before venturing into the coaching world, covering 30 miles a day on annual tours with four-in-hand teams.

“They have stamina and willingness – it’s hard to believe the situation is as it is,” she says.

She points out that they have been the most successful carriage horse in showing: “If another breed was having the success the hackney has, they would be breeding them. I don’t understand it.”

Barbara’s employee Darron Lea, who has hunted them, says: “I’ve worked with horses from breaking in Shetland ponies to logging with Shires and you’d struggle to find a better horse than a hackney.