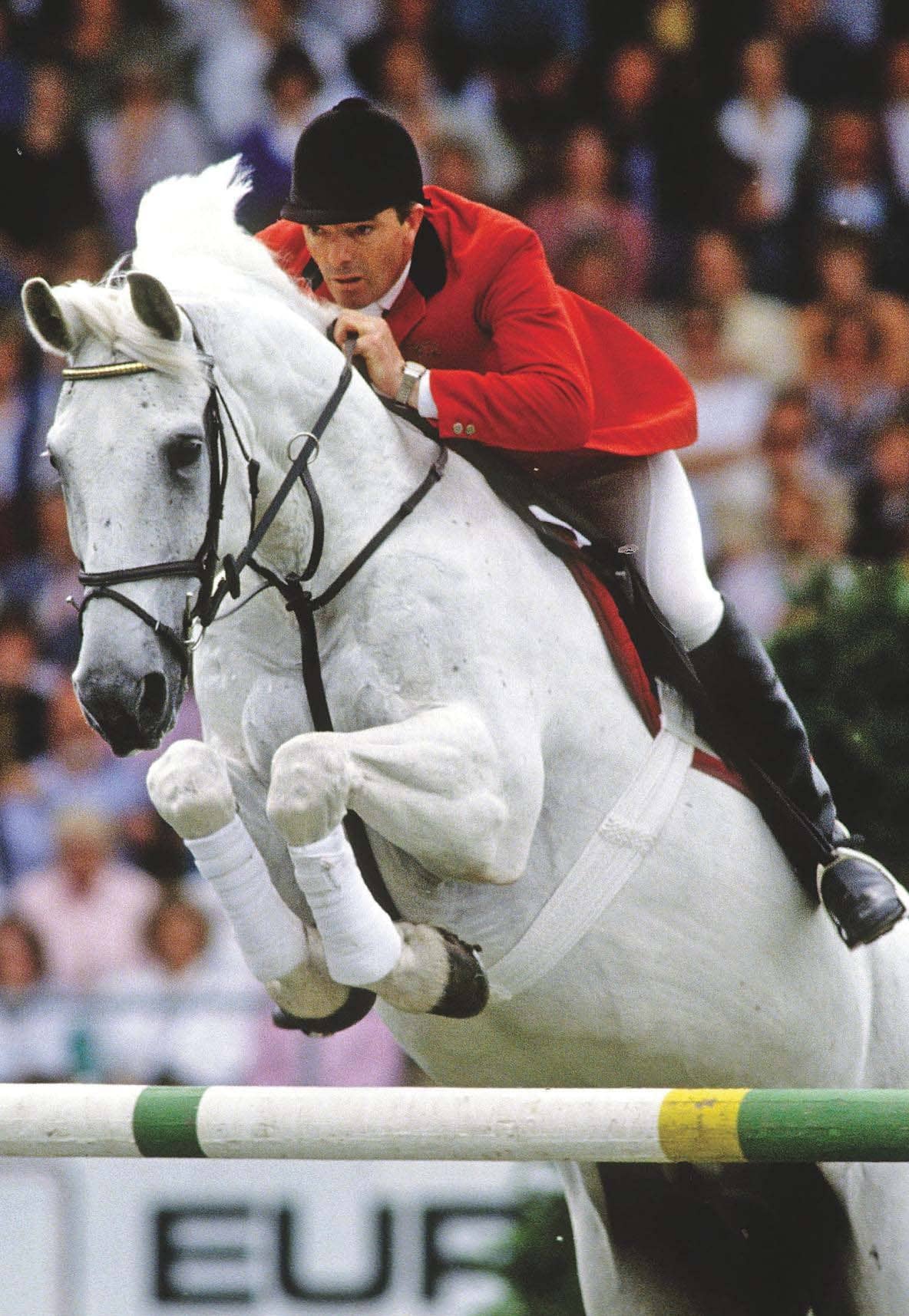 John Whitaker’s floating wonder horse was the first showjumper to win over £1m. But his scintillating results tell only half the story of this charismatic showman.

MILTON was a real mix, by a Dutch warmblood stallion out of an Irish Draught/thoroughbred mare, with trakehner bloodlines on his paternal side and Anglo-Arab on his dam’s. Both sire and dam were grade A showjumpers – his dam was four when producing Milton, going on to compete with Derek Ricketts before being sold to Belgium as a broodmare, while his grand-dam Pennywort was the 1970 Foxhunter champion. Marius’s sire, Marco Polo, was a foundation sire of the modern Dutch warmblood sport horse.

ASTON ANSWER (by ANY QUESTIONS)

EVERY so often in our sport, a partnership captures the heart of a generation and earns a place in history. For nearly a decade, audiences were held spellbound by the magical aura of Milton and his rider John Whitaker. With the gelding’s sparkling white coat and breathtaking ability to float over the highest fences, Milton could rival Hollywood stars for his fans’ adoration; how fortunate that he thrived on the attention.

We revelled in the wonderful affair Milton had with John, who coaxed every ounce of brilliance from his willing wonder horse to triumph in back-to-back World Cups, claim over 30 major classes, six championship medals and become the first showjumper to win over £1m.

But the tale is tinged with tragedy as Milton’s original rider Caroline Bradley died before seeing her protégé reach the Olympic potential she had pinpointed in him.

Born in 1977 and originally named Marius Silver Jubilee, Milton was the result of a shrewd pairing conjured up by Oxfordshire breeder John Harding-Rolls, and had jumping blood pulsing through his veins.

His sire Marius was a big winner for Caroline, including the Queen Elizabeth II Cup, hence why she was drawn to pay £1,000 for the iron grey weanling.

Caroline’s mother Doreen described the young Milton as “a funny-looking thing” and David Broome remembers it wasn’t all plain sailing for the future champion in the ring.

“He had a bit of a chequered career in those early days because he was so untidy in front,” he explains. “My assistant even saw him have 16 faults at one show.”

But Milton’s talent was clear to Caroline as she quietly produced him until she died suddenly of heart failure aged just 37 in the summer of 1983. Her parents originally offered John Whitaker the ride but he was en route to the Royal Highland Show and couldn’t commit to anything until his return two weeks later. Instead, they sent six-year-old Milton with just £63 on his card to local rider Steve Hadley.

“By September he was jumping small grands prix and it was clear he was destined for great things,” Steve recalls. “It felt like he was on springs, he was beautifully balanced and he enjoyed it because he was good at it.

“At Park Farm’s Lancia Championships he jumped double clear in the £200 class each day and I said to my groom, ‘Look after that one because he’s the best you’ll ever see.’”

But misfortune struck ahead of his Olympia debut when Milton, whose one phobia was being clipped, lashed out.

“We don’t know if he hit the blade of the clippers or he struck himself, but he injured his tendon and had to have more than a year off, so he returned to the Bradleys,” says Steve. 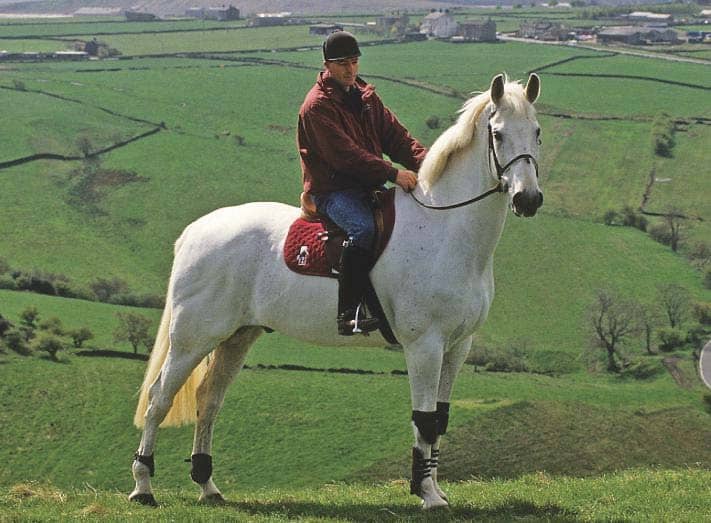 PAUL SCHOCKEMÖHLE, who was instrumental in securing Next’s sponsorship of the Whitaker brothers and for whom Caroline rode several horses, wanted Milton for John as part of the deal.

“I was sad to lose Milton, but I’d decided to stop competing during that time anyway – he just arrived 10 years too late for me,” says Steve.

John takes up the epic tale: “I was at the World Cup Final in 1985 and Paul asked if I’d be interested in taking Milton on. I actually said, ‘I’m not really that bothered,’ but as a favour to Paul I said I’d try him.”

Even over their first cross-pole together, John knew he had “something very special”.