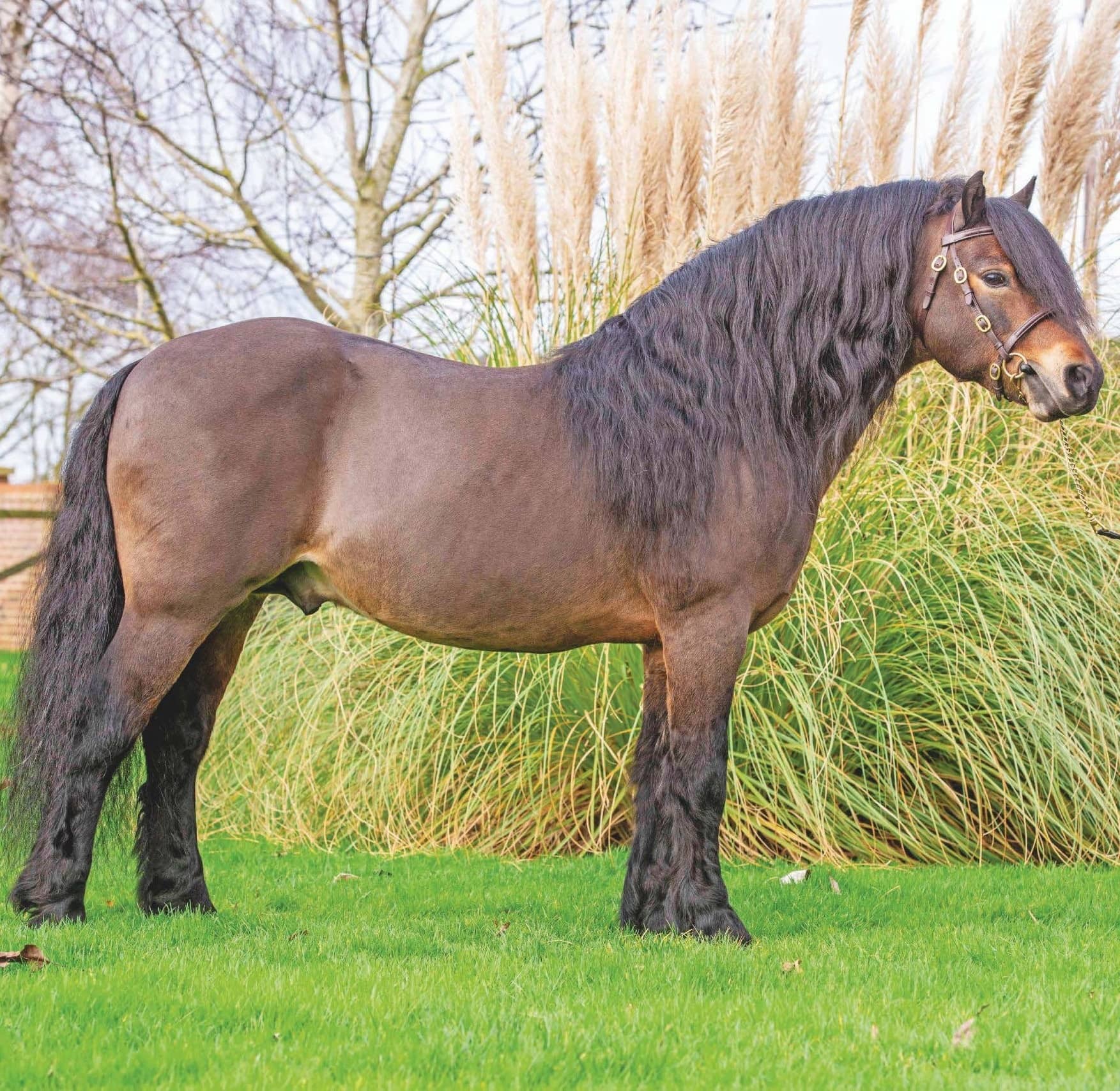 Behind the world-famous Llanarth Stud were three pioneering women who put Welsh cobs on the map after World War II, and their legacy still endures today, discovers Madeleine Silver

Madeleine Silver
WHEN the striking dun mare Llanarth Fair Lady topped the Brightwells’ Autumn Cob Sale at £25,500 last year, the prolific Llanarth Stud was thrown into the spotlight once again; another star to come from Len and Ann Bigley’s Herefordshire operation. Rewind more than 80 years, however, and the future of Welsh cobs looked considerably more precarious. At the time of World War II, the breeding of cobs was at an all-time low as financial strains took their toll and motorized transport replaced horsepower.

But the formation of the Llanarth Stud, pioneered by three trailblazing women, was about to help change the breed’s fortunes.

“The partnership formed by Pauline Taylor, Barbara Saunders Davies and Enid Lewis at Blaenwern, which established the Llanarth Welsh cob stud, meant that things would never quite be the same again in the Welsh cob world,” wrote William Lloyd, former president of the Welsh Pony and Cob Society, in the foreword to Teleri Bevan’s 2010 book The Ladies of Blaenwern, which charts the stud’s history.

Together the women were known as the Dorian Trio, a musical partnership who travelled around schools in Wales performing and educating children, but by the outbreak of World War II — and now middle-aged — they had embarked on a joint farming venture in Llanarth, eventually settling at Blaenwern.

They began breeding a variety of Welsh native breeds from cattle and corgis to sheep and pigs, with a particular focus on the Welsh cob. But it was not without controversy; they were encroaching on the closed and male-dominated world of cob breeding in Cardiganshire and raised eyebrows with their opposition to docking, penchant for palominos and open-mindedness to part-breds.

“The ladies were all ahead of their time and were very intellectual,” says Ann Bigley. “But the cob breeding world thought they were funny old dears — I remember my grandfather, who was a breeder himself, saying it to me. They were women in a man’s world. At that time, women would never even have been on the yard if there was a covering, and my grandfather would never have covered on a Sunday for example. It was a different time.”

As Teleri writes in her book: “It was no mean job to load and unload strong, frisky stallions and drive them along the narrow Cardiganshire lanes, and then to handle and control them. The old breeders found these farmyard scenes of procreation handled by two women quite embarrassing and totally unacceptable.”

UNFAZED by any disapproval, Pauline and Barbara — who harbored the equine interest, while Enid’s later involvement was financial — had the foresight to realize that for cobs to prosper in this new era, their role needed to be redefined; in addition to driving and harness work, they needed to be suitable to be ridden.