Limited Edition is top of the field 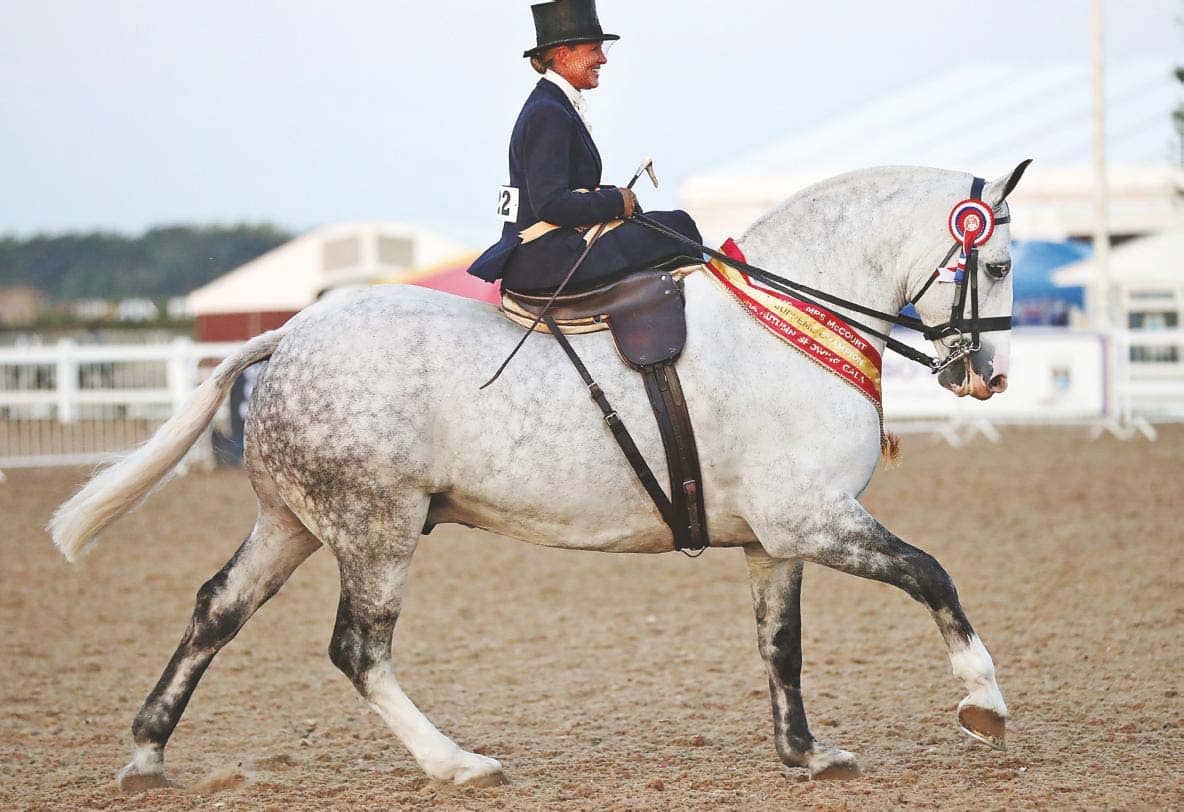 DANIELLE HEATH crowned a sparkling weekend for her team when landing the final overall open supreme.

Devils’ Horsemen director Camilla Naprous judged alongside David Puttock and former world cutting horse champion Constance Jaeggi. “I gave this combination my only 10 of the day,” said Camilla. “The horse was exceptional as soon as he entered the ring – a real showman. He pricked his ears, got on with the job and had a smile on his face. He looked the type of horse you would love to ride all day long.”

This was not only Archie’s first outing of the year, but a debut in “sideways” supreme ranks for Danielle.

“I decided to stay in the sidesaddle because he just rocks it,” she said. “He’s a mega Rolls-Royce ride sideways as well as astride.”

Earlier, Archie had collected the maxi cob title partnered by Issy Mears, 19, and the team’s tally was further boosted by Anne Leigh’s six-year-old cob, Bobbi Dazzler, who headed the novice class and made a triumphant open debut to stand champion. 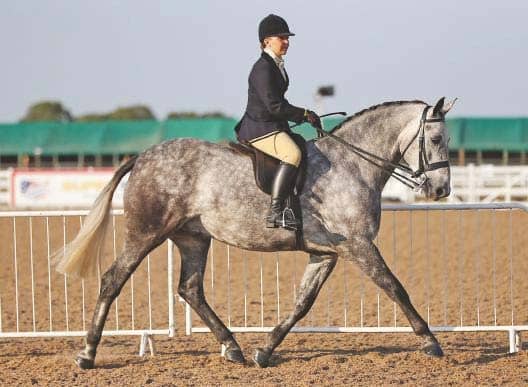 AFTER a second inspection by the judges, the reserve open supreme went to Dot Clowes with Edwina Al Humaidhi’s part-Connemara working show horse champion Templebready Alainn (Molly), who gave a giant-killing show, delivering precisely what this lovely dun mare said on her tin.

She had tied on marks with Casino – ultimately second reserve – and Jo Bates with Suzannah Welby’s hack Elusive.

Leicestershire-based Dot returned to the show ring last term after a 50-year absence.

“We are primarily a hunting family, but when Edwina’s daughter Laila – who previously showed Molly – went to university, they offered Molly to me on extended loan,” said Dot, 60. “She is nicest, kindest mare in all ways and I’m so lucky to have this opportunity to come into showing later in life. Today we felt very honoured to be in a championship among such elite company.” 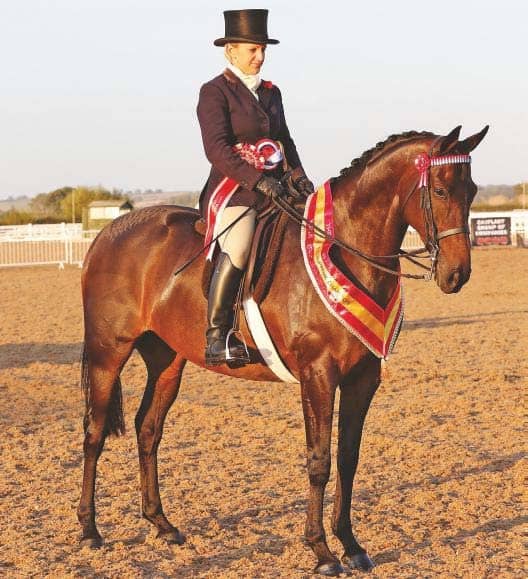 The whole show was a successful, joyous and well-supported occasion – and a triumph of organisation by new BSHA general manager Lucy Savill.

“The standards of production and animals were remarkable, too,” added Camilla, who also officiated in the amateur and home-produced supremes.