‘I Am Mad For The Sport' 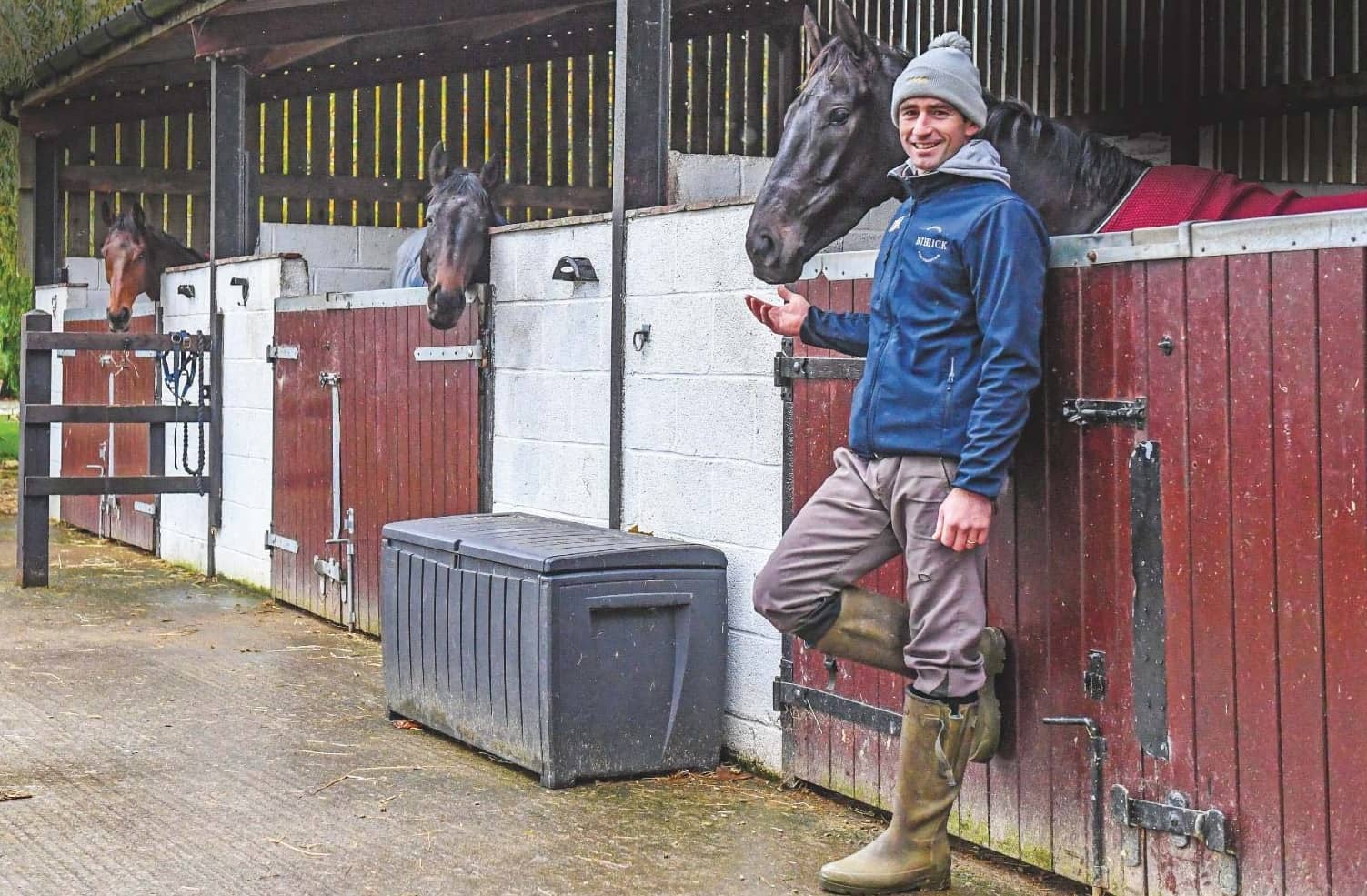 WILL BIDDICK, a farmer’s son, who wasn’t particularly interested in racing and had no desire to be a jockey, reflects on his first point-to-point ride with jest.

“It was on a schoolmaster called Just Bert when I was 16. My dad wouldn’t let me wear gloves or goggles because he said they’d get in the way,” says the 32-year-old with a smile. “I couldn’t slip my reins or ride a finish, I rode too long and had my silks hanging out — I didn’t feel like I looked the part so didn’t enjoy it much. Then I went through a phase of riding too short as I thought I’d look more stylish, but it just resulted in numerous unseatings!”

The Somerset-based champion point-to-point rider, who is married to top showjumper Harriet Nuttall, has come a long way since his early riding days when his passion was farming on his father’s land in Cornwall. He has since reached the pinnacle of the sport, lifting the champion trophy six consecutive times before regaining the crown from Alex Edwards last season to make it seven. But like many a success story, it hasn’t all been plain sailing, including dipping his toe into the professional jockey ranks before deciding the “wasting” life of restricting his diet wasn’t for him.

“I didn’t get interested in racing until I was 15. My dad had a couple of pointers so I thought I’d have a go,” says Will. “But after two years, I was thinking how to tell my dad I didn’t want to do it anymore; I was still more interested in farming.”

“Len said that whether or not I became a jockey, working for Venetia would do me some good,” remembers Will. So the boy from Cornwall packed his bags and started his full-time job 200-odd miles away.

“Moving there turned me from a boy to a man,” he quips. “I went from not really enjoying racing to loving it.” And the trainer influenced his riding style in the early days.