Howley does the double 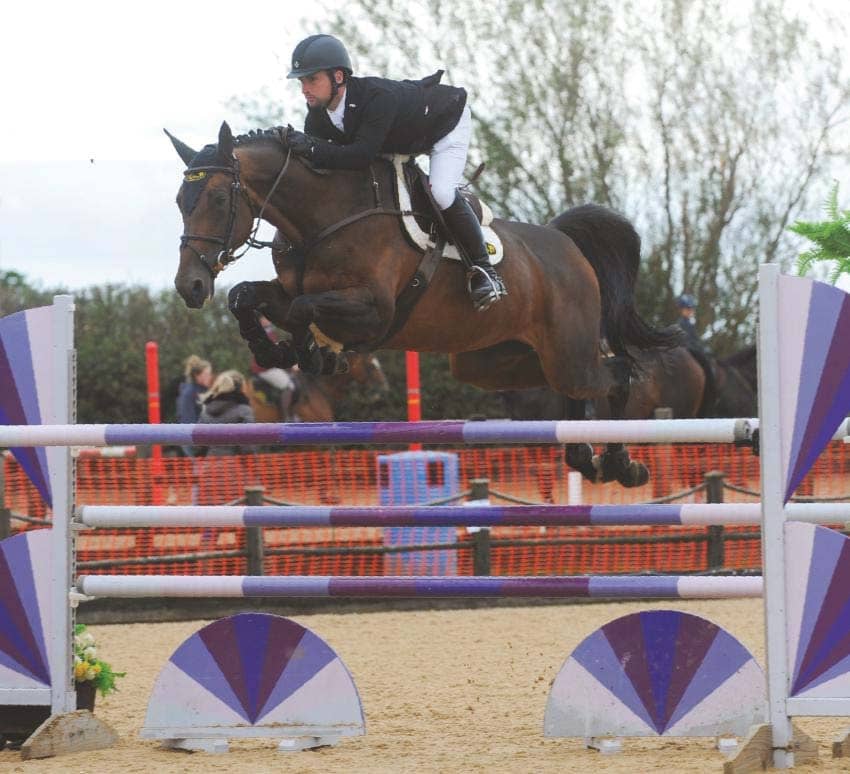 Richard Howley enjoys a successful show with a new ride, while Douglas Duffin has high hopes for his Foxhunter winner

The pair finished with more than two seconds in-hand in both the 27-horse talent seekers decider and the following day’s 22-horse grade C jump-off at their third show together.

“I bought her two months ago but she’s done little through Covid-19 and I stepped her up this week. She’s naturally quick with a big stride and loves to run and jump,” said Richard of the supereasy Elvis Ter Putte x Canaletto eight-year-old purchased from George Whitaker.

“She goes in a snaffle, has a good mentality and is a fighter in the ring – she wants to win and that always makes it easier for the rider. I’m looking forward to taking her abroad and jumping 1.45m classes. She’s taken it all in her stride so far and is ready to step up again – she has a bright future,” added Richard, who was impressed with the steps organisers had taken over coronavirus.

James Smith settled for second in the grade C on the Double Up 2 x Indoctro eight-year-old HBF Delmar with Adam Botham picking up third on the nine-year-old Bruno.