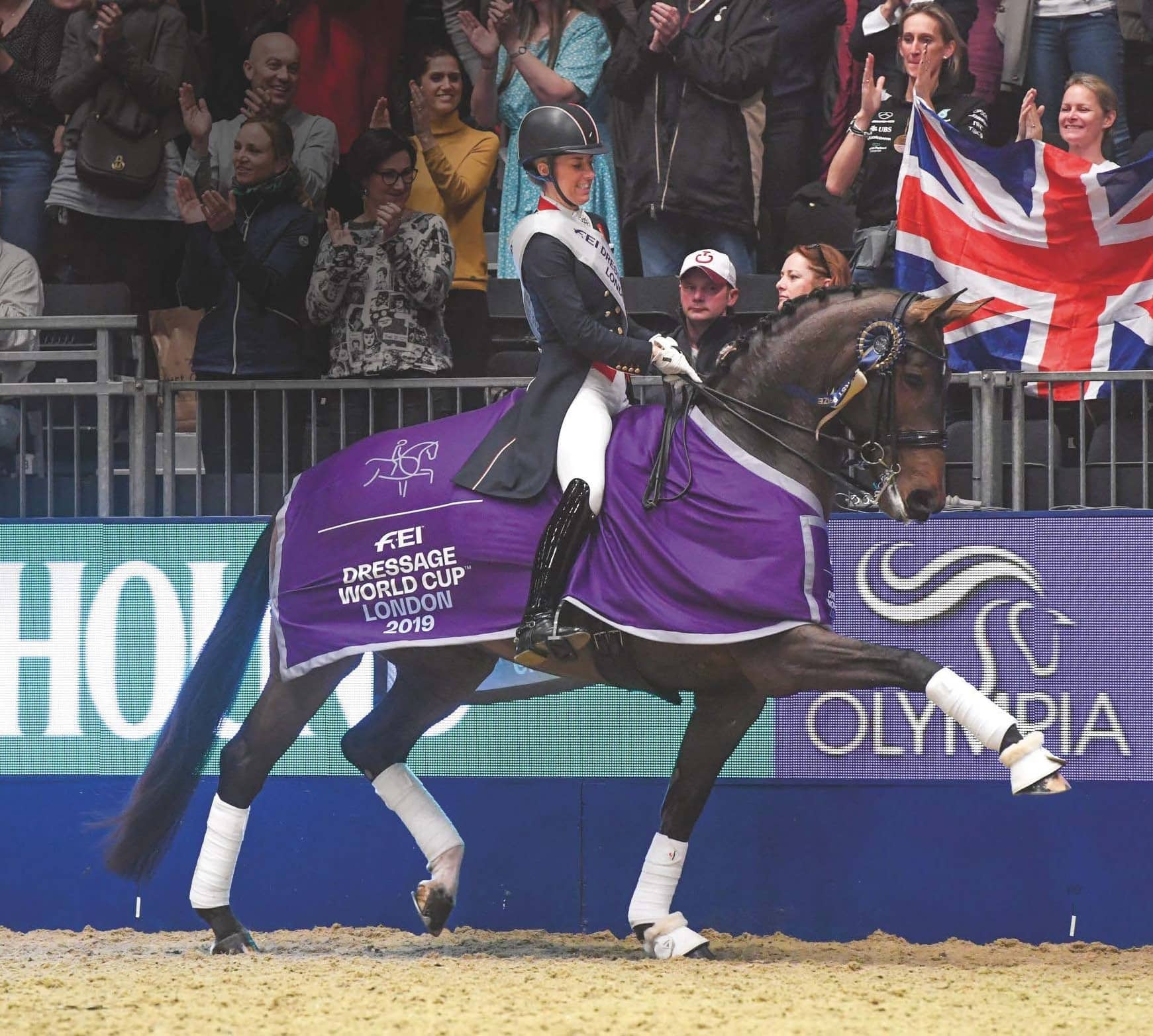 FOR the first time since Valegro’s record-breaking days, Charlotte Dujardin was crowned champion of the H&H-supported Olympia freestyle. It was a thrilling night of personal bests, sizzling scores and a sense that British riders really have the potential to be the best in the world next year, with Carl Hester and Lottie Fry flanking Charlotte on the podium after each delivering truly standout performances. In fact, with four Brits in the top five, this was the most successful Olympia for British riders since before the 2012 Olympics.

For Charlotte, to be reinstated as the queen of Olympia five years after setting the grand hall alight with Valegro was the best possible antidote to the tricky year she has had in 2019, being eliminated under blood rules at the European Championships in August.

Here, Emma and Jill Blundell’s magnificent Mount St John Freestyle looked every inch the potential Olympic medallist Charlotte has long touted her to be, and the most exciting aspect of her 87.52% grand Prix freestyle — the mare’s fifth-ever at this level and her third performing this programme — was how much more there clearly still is to come. 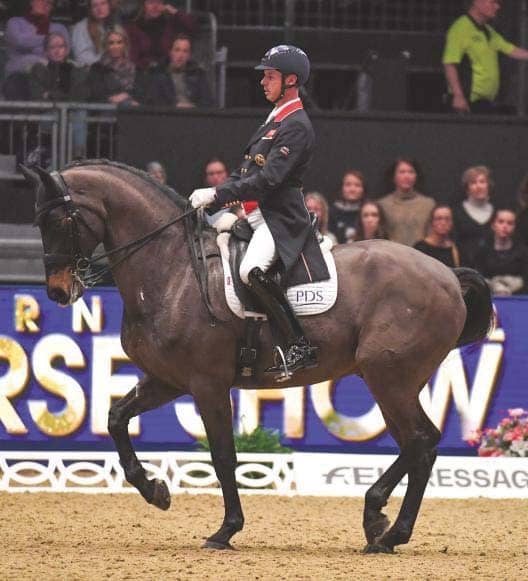 “She pulls it off every time and delivers, even in that atmosphere,” said Charlotte, who reported the close proximity of the crowd to be even more noticeable for the freestyle than the previous night.

“I felt she really tried, really listened to me and I can’t ask much more from her. Competing in Lyon recently, we learned that she can go a little into herself indoors — she needs more confidence and exposure, but that’s why I am doing the World Cup series. And there’s still plenty more marks in there.

“I’ve had real highs and lows this year, and I’m so happy for me and for Freestyle to finish the year with this.”

Their routine begins with simple lines, generating drama through Freestyle’s huge extended trot and the incredible reach and freedom of shoulder in her sweeping half-passes. The magic really starts with the transition to passage midway through their trot zig-zag, and the pretty, playful melody of Charlotte’s Frozen-inspired music, created by Tom Hunt, emphasizes the mare’s lightness and jaunty character.

One of Charlotte’s many fortes is the pirouettes, and she makes the most of them in this floorplan, punctuating her lines of gorgeously ground-covering tempi changes — which earned a 10 — with both double and single pirouettes.

Only the piaffes drop Freestyle’s marks slightly, with some small rhythm issues, but this is no doubt what will lift the score to over 90% when the 10-year-old Fidermark daughter gains even more strength in years to come. 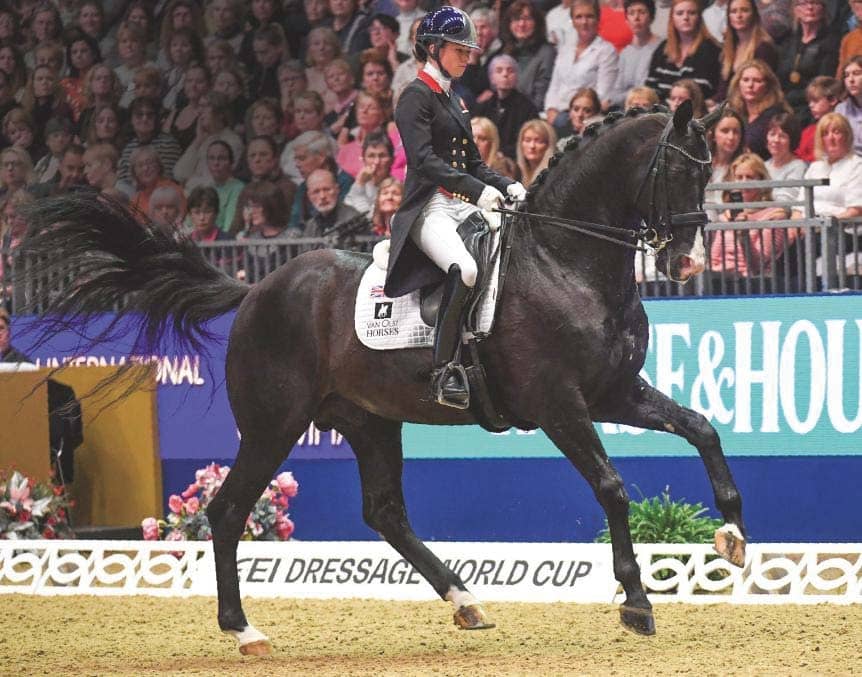 ‘WHAT A DIFFERENCE A DAY MAKES’

CARL HESTER is the only British rider to have won the Olympia title since Charlotte and Valegro, taking the crown in 2015 and 2016. But this is the first time he has competed here on Hawtins Delicato, the 11-year-old British-bred gelding by Diamond Hit who helped Britain win silver at the World Equestrian Games in 2018.

The last time Carl competed Del, though, was in the freestyle at the Europeans in Rotterdam where, despite super tests in the Grand Prix and special, an anxious Del completely boiled over.