Brash lays down a challenge 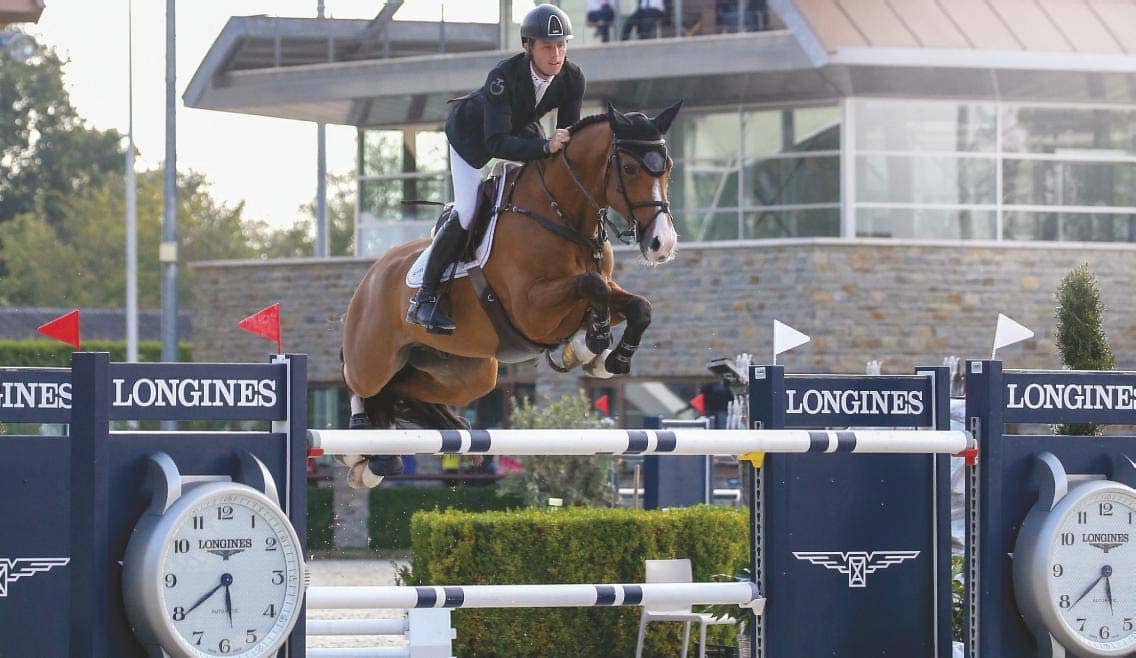 Scott Brash is close to grand prix glory as the GCT makes a brief return, and Aintree beckons for some exciting talent

Brash lays down a challenge

Scott Brash is close to grand prix glory as the GCT makes a brief return, and Aintree beckons for some exciting talent

THE world was a very different place when the Longines Global Champions Tour (GCT) kicked off in Doha, Qatar, in March. But after a six-month hiatus, the series returned for one final week of five-star action in Valkenswaard, where Scott Brash produced a typically high-octane challenge for victory in the grand prix only to be pipped at the post by Belgian rider Gregory Wathelet.

Drawn late in the 12-strong jump-off, Scott and the 11-year-old Hello Jefferson, owned by Lady Harris and Lady Kirkham, had soared into the lead with a clear in 45.72sec. However, Gregory and the athletic 12-year-old Calvados Z stallion Nevados S took out a stride to the third fence and, with a strong gallop to the final vertical, the pair crossed the line in 44.62sec to pocket the €99,000 (£91,000) top prize.

“I knew the jump-off would be really fast, so I took some risks and fortunately Nevados S played the game with me,” said Gregory, who also thanked the organisers, for hosting this event during a “difficult” year. “I know my horse is quite fast and on the left turn I can take some risks. It was my day today.”

Scott had opened the show with two rocketing victories, taking the 1.45m two-phase riding Hello Mr President, then following up in the CSI2* big tour, piloting Hello Shelby to a speed class win.

“It’s great to be back competingat the top level of the sport,” said Scott. “Mr President is a very fast horse, he’s very careful and he likes to run.”