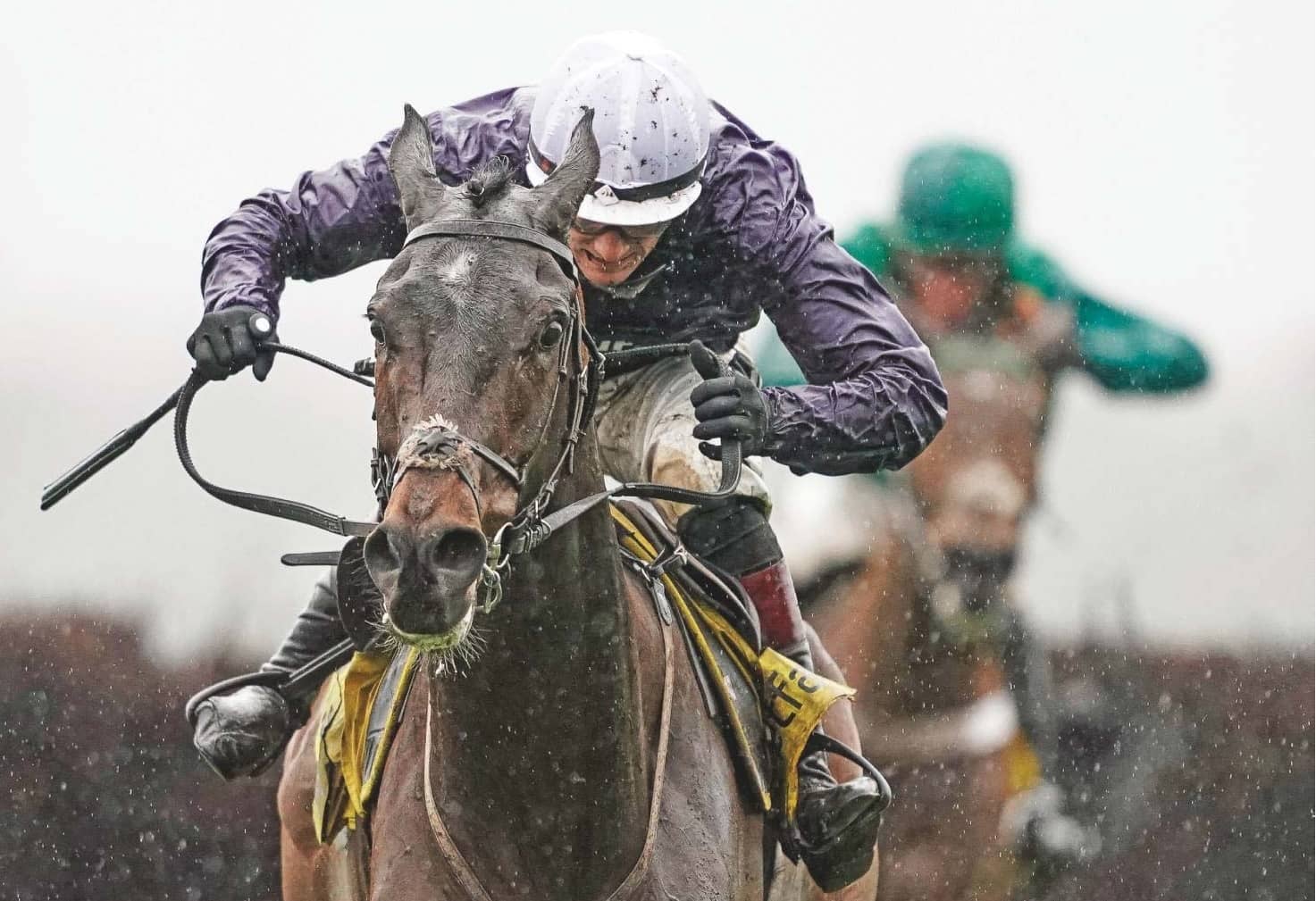 RIDERS ONTHE STORM put himself right in contention for the Ryanair Chase at Cheltenham despite, in the end, running out a somewhat fortunate winner of a dramatic Betfair Ascot Chase on Saturday, 15 February.

A four-runner race with a 4/11 favourite is not usually destined to provide such drama, but Saturday’s £150,000 chase was full of it. Traffic Fluide, who looked to be coming to snatch victory off Riders On the Storm, was a last-fence faller, as was the odds-on favourite Cyrname, who looked booked to finish a tired fourth.

Both horses took horrid falls and while Traffic Fluide’s tumble may have cost him the Grade One contest, for a while it appeared to have cost Cyrname — jump racing’s highest-rated chaser — a good deal more. But, after lying winded for five minutes, he received a great cheer from the crowd when he emerged from behind the screens.