A day to dream about 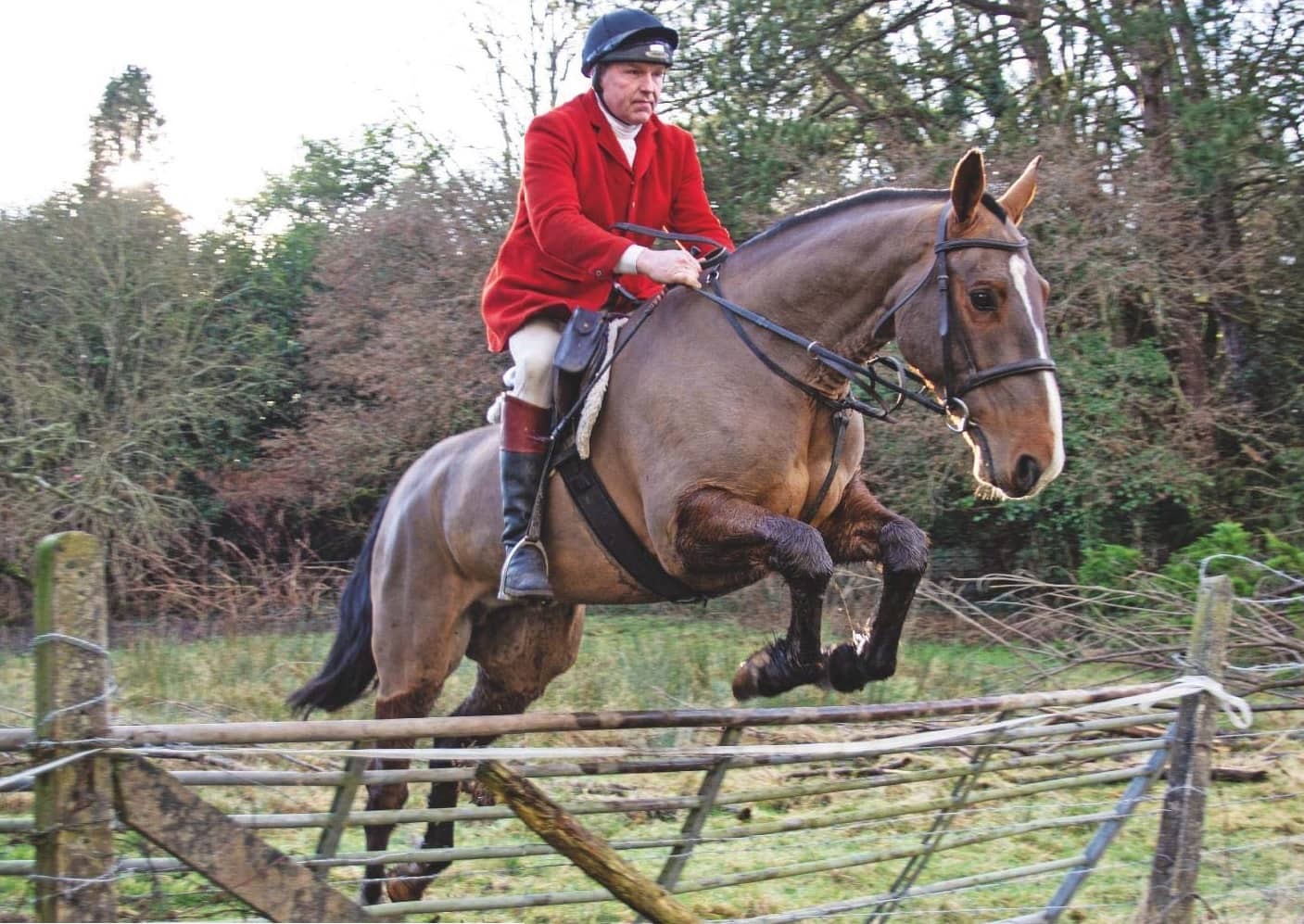 A blur of fields galloped over and banks jumped, and an impressive ‘casualty list’, make for a memorable day with the Kildare Hunt Club

LIAM CLANCY
SOMETIMES you just know you’re in for a good day. Though the mysteries of scent remain exactly that — mysteries — to most of us, there will be something indefinable in the air that tells you hounds might just go like smoke today.

The caliber of the horses at the Kildare’s Ballycutlane meet, the businesslike air of a field of nearly 70 riders, and the number of strange collars and buttons from other packs, including a group from the Myopia Hunt in Massachusetts, was enough, in any case, to tell me that a serious day’s hunting was anticipated. 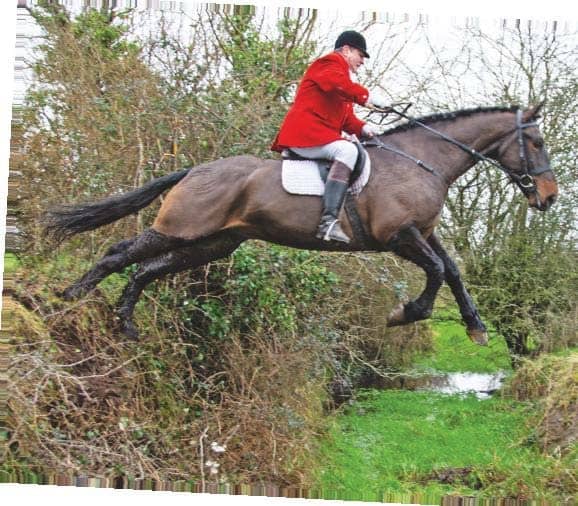 The Kildare Hunt Club, as with so many Irish packs, emerged from amalgamations of private packs kept by Anglo-Irish landlords. The hunt officially came into being in 1804, with Sir Fenton Aylmer of Donadea Castle appointed as the first master.

Sir Fenton divided the country into five districts, each a mini hunt country in its own right, furnished with its own clubhouse with stables, kennels and a wine cellar. The hunt would move from district to district, hunting each for two or three weeks at a time.

The proximity to the national capital and the Curragh Camp — a dream posting for generations of British officers of a sporting bend — meant the Kildare was a fashionable pack right from its earliest days. Though its members no longer relocate en masse to far-flung clubhouses for three weeks of hunting and carousing, the “Killing Kildares” retain a smart, well-heeled air.

Most of the mounted field unboxed at the home of Mary Healy, who joined the mastership last season and whose motherly persona belies a fearless cross-country rider. Mary is married to Tim Dooley of the Dooley Insurance Group, and her family laid on wonderful hospitality before and after the day’s hunting.

Their son Tadgh, a hard rider to hounds, was on his feet at the meet as he was preparing for an exam next day for his equine business degree, but we all knew what he’d rather be doing.

Once we were all in the saddle, we joined the hounds and hunt staff a hundred yards down the road at the beautiful home of chairman Charles O’Reilly.

Two of Mary’s fellow joint masters were out Richard Sutton and Dunlavin-based farmer Paul Doyle. Missing was Gavin Nangle, whose record as an MFH thus far reads like the Book of Job. He joined the mastership last season, broke his shoulder during autumn hunting, returned this season, and promptly broke his wrist. 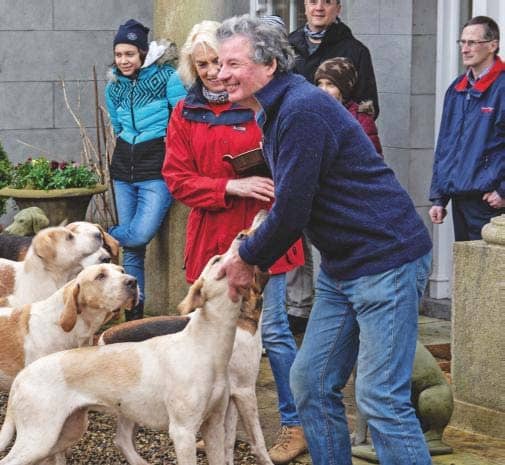