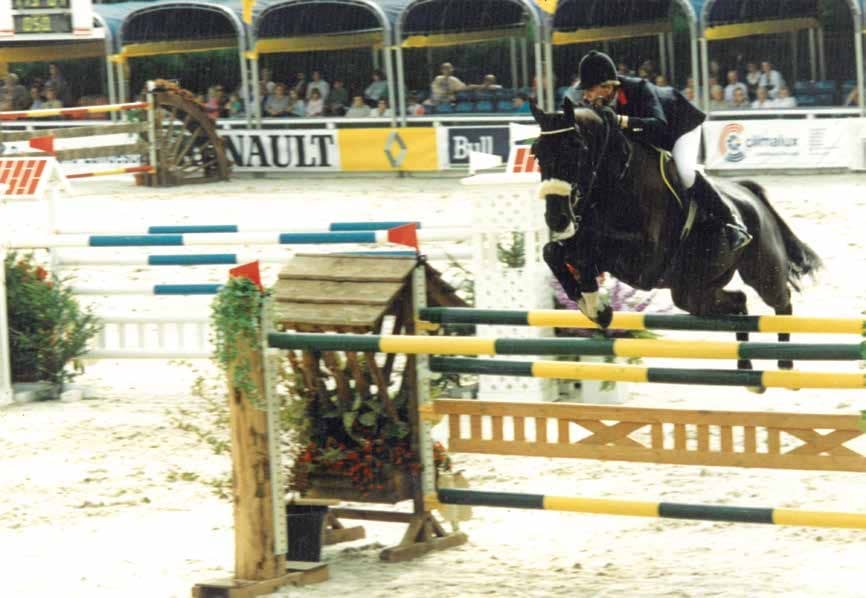 HOW DID YOU START RIDING OVERSEAS?

“In 1957, world-renowned showjumper Pat Smythe came out to South Africa, where she competed in two major shows. My parents lent her Gunga-Din and she competed on him, and I actually competed against her in the ‘open to junior riders’ competitions,” reports Gonda. After watching Gonda ride, Smythe suggested to her parents that, even though she was only 14, she apply for an adult license, which would enable her to compete in all senior classes. This would mean getting a license from South Africa’s National Body, who would then need to recommend to the British Horse Society that she be granted an adult license to compete in England.

Gonda says: “Shortly after my adult license was granted, I rode at the Rand Easter Show, breaking the existing high-jump record by clearing over 2m, and eventually tying for second place at 2.1m, on Gunga-Din, who was 15.2hh. I was also first and second in the Championship on Oorskiet and Gunga-Din. A month later, we all left for England by ship – a 14-day trip. I had an amazing, successful six months, competing at shows every week; winning four area international trials; winning the South of England Showjumping Championship; tying for second place with Pat in the British National Championships, and getting many other wins and places.”

WHAT ARE THE CHALLENGES FACING SOUTH AFRICAN RIDERS WHO WANT TO GO OVERSEAS AND RIDE?