Positive Developments In The Fight Against Fall Armyworm 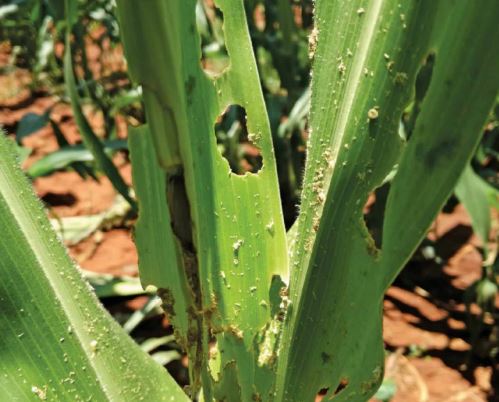 Fall armyworm has caused significant damage to croplands in South Africa since first detected in early 2017. However, Dr Annemie Erasmus, a senior researcher of entomology at the Agricultural Research Council’s Grain Crops Institute, writes that an integrated pest management strategy has been shown to be an effective weapon against infestation.

Fall armyworm (FAW) was first discovered in South Africa in 2017, with outbreaks and damage to maize crops reported in North West and Limpopo. Since then, the pest has also been reported on potato crops in Mpumalanga.

According to the UN’s Food and Agriculture Organization, FAW (Spodoptera frugiperda) is an insect native to tropical and subtropical regions of the Americas. In its larval stage, it causes significant damage to crops. Despite its preference for maize, the larvae feed on more than 80 species of plants, including rice, sorghum, millet, sugar cane, vegetable crops and cotton. However, it has a definite preference for grass crops and would probably target these crops solely if they were continuously available.

Since 2016, it has spread throughout sub- Saharan Africa.

The discovery of an indigenous egg parasitoid that feeds on FAW eggs, Telenomus remus, and its use together with chemical control measures, means that an integrated pest management system (IPM) for fall armyworm is possible in South Africa.

Despite this, FAW is a notoriously difficult insect pest to control in maize, and control is effective only if done while the larvae are small. Early detection and the proper timing of insecticide application are therefore critical. The earlier the larvae are detected, the better, as the frass (larvae excrement) can create a ‘plug’ in the plant’s whorl, which prevents penetration of insecticide.