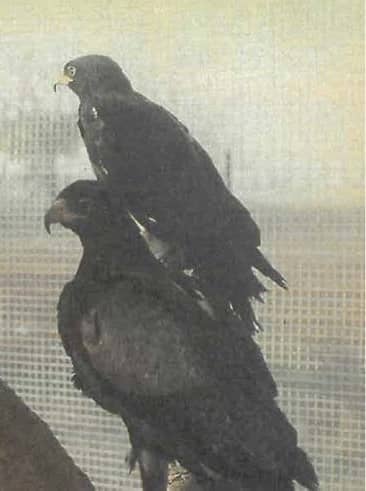 Raptors play an important role in the farming ecosystem, and should be protected.

The Northern Cape is home to enthusiastic raptor conservationists. These landowners take pride in conserving the raptors on their properties and in certain areas, breeding eagles and vultures are protected. In recognition of these landowners’ conservation efforts, they are presented with certificates. It is also believed that this will encourage neighbouring landowners to protect these birds.

Not so long ago, scavenging species, such as magnificent bateleurs, were a common sight. During the past few decades, these birds have come into conflict with man’s farming activities. Bateleurs are now listed in the Red Data Book of Birds of South Africa. Unless the factors responsible for their present status are reversed, they will probably become extinct in the Cape within the next few years.

Loss of habitat, indirect poisoning, direct persecution, disturbance, reservoir drownings and power line casualties are some of the factors that have contributed to the present status of raptors in the Northern Cape.