Bees The Victims Of Irresponsible Pesticide Use 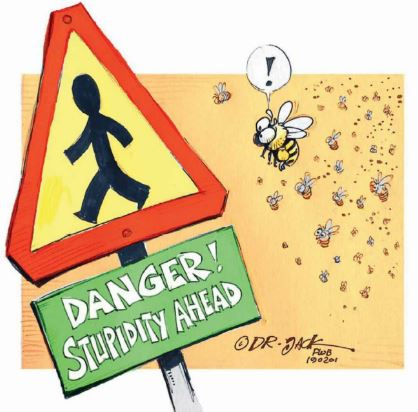 Honeybees are the world’s best-known pollinators of natural flora and a vast array of food and fibre crops. Yet they are frequently harmed by human activities, writes CropLife South Africa’s operations and stewardship manager, Dr Gerhard Verdoorn.

"Over the past decade, honeybee populations in many countries in the Northern Hemisphere have plummeted due to colony collapse disorder (CCD). The debate about the causes of CCD is ongoing: climate change, pesticides, food scarcity, monoculture crops, Varroa mites, strains of foul brood and loss of habitat, amongst others, have all been blamed. However, these are only some of the potential threats that bees face, and no undisputed single reason for the decline in bee populations in the Northern Hemisphere has yet been identified.

South African honeybees seem to have been largely unaffected by the mysterious CCD, although Varroa mites and foul brood disease have taken their toll of local populations. Mismanagement, loss of fodder plants such as bluegums, and beekeepers working bees too hard to provide pollination services also pose a risk to bee survival and productivity.

Bees are resilient and have survived all of this. Yet in 2018, the threat of pesticides raised its ugly head in the Western Cape, with two major incidents in which honeybees died because of pesticide misuse.

During the first quarter of 2018, an organophosphate insecticide was applied on canola in full bloom – in direct contravention of label instructions. It had devastating results: hundreds of managed colonies perished.

The dust had barely settled after this disaster when the same beekeepers lost their second round of pollinators to a phenylpyrazole insecticide that was also used in contravention of label instructions. The insecticide was applied to control ants in vineyards.