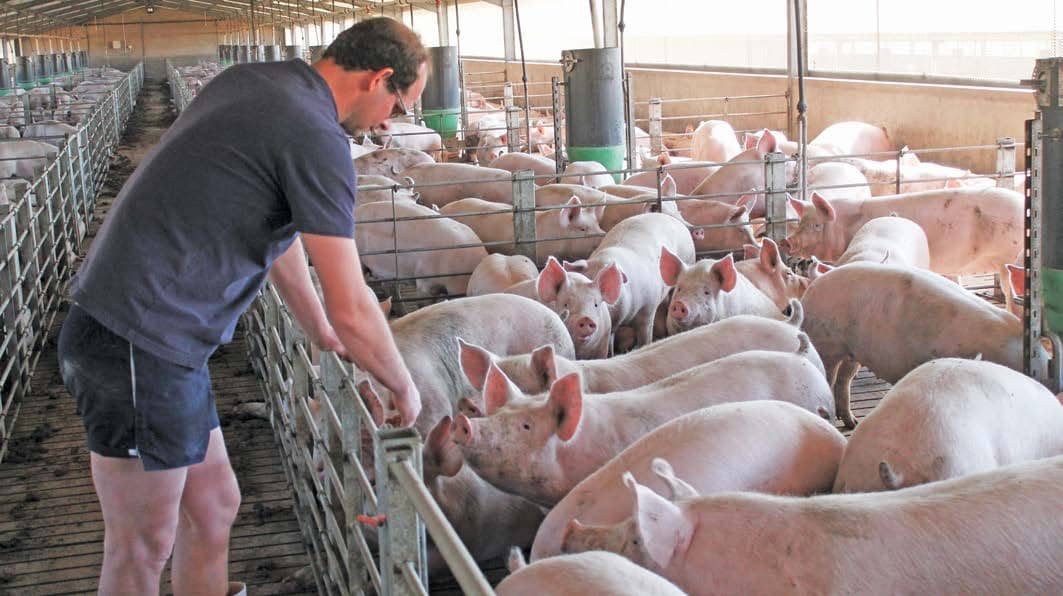 Back in 1981, when brothers Ian and Rob Butt established their Butt Farming business in KwaZulu-Natal's Kamberg Valley, they could scarcely have imagined that their initial commercial pig production operation of 200 breeding sows and mostly ownbuilt infrastructure would grow to become a trend-setting piggery of 3 100 high-performance Topigs Norsvin breeding sows.

Now semi-retired, Ian and Rob have left the top management of their present-day 2 000ha business spread across the Kamberg and adjoining Hlathikhulu valleys in the capable hands of their sons.

Ian’s son, Stephen, does the administration and finance, and Rob’s son, Joshua, is responsible for the cropping, and a herd of 550 breeding cows.

Not a blood relative, but “very much” part of the family, is piggery general manager Colin Heyman, who leads a team of assistant managers.

“Following Ian and Rob’s example, Josh, Colin and I are very much hands-on managers,” says Stephen Butt. “We keep a close eye on the implementation of both long-term planning and the day-to-day activities in the business to ensure that our vision of having a modern, efficient and profitable pig operation is met.”

His efforts are an essential supporting role to the key business of farrow-to-finish, namely producing piglets for fattening and slaughter.

Butt explains that the business has undergone continual evolution since 1981, with a number of significant expansions and adaptations having taken place over this time.

The latest of these saw the piggery’s total capacity increase to 40 000 pigs at any one time.

“We operate a weekly batch system. This means that every week, various groups of sows are mated or farrow, while various groups of slaughter pigs are weaned, moved to the relevant stages in their fattening and finishing cycles, or marketed and transported to the abattoir.”

Butt Farming weans about 1 750 piglets a week, and delivers approximately 1 700 finished slaughter pigs to the abattoir.

Butt points out that this all-in/all-out system does not allow for much flexibility in production and marketing. All finished pigs, irrespective of their weight at 22 weeks old, are trucked to the abattoir.

Their marketing approach, in combination with modern genetics, housing and feeding, and strict biosecurity and herd health protocols, enables the business to produce finished pigs that are uniform in size and weight within and between batches. Butt describes it as precision livestock farming.