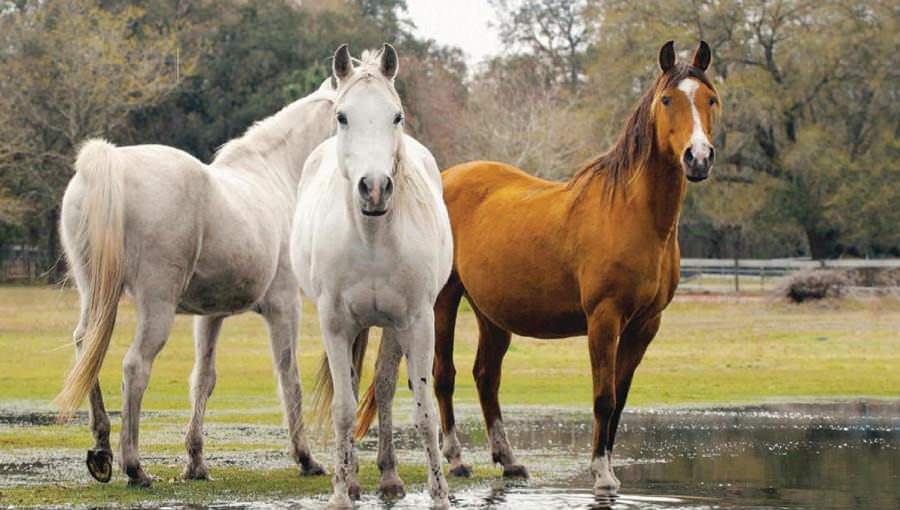 Summer is the peak season for these dreadful neurological diseases. Here’s what you need to know to protect your horse.

Eastern equine encephalo myelitis (EEE) easily ranks among the worst diseases a horse could get. Caused by a virus that is spread mainly by mosquitoes, the disease damages the horse’s central nervous system---his brain and spinal cord.

And EEE is both fast-acting and high fatal: After an initial incubation period of five to 10 days, a horse may at first appear listless and lose his appetite. With in 24 hours, he will show neurological sign such as incoordination, head pressing and seizures. A day later, he may be comatose and unresponsive until death. The disease is fatal in 90 percent of cases. The only treatment is supportive care, including intravenous fluids and corticosterids. Survivors are likely to have lifelong neurological impairment.

Your horse’s risk of exposure to this virus depends in part on where he lives. EEE, as the name implies, is endemic to the eastern United States, especially the South. In 2016, there were 116 cases reported nationwide, according to the U.S. Department of Agriculture. Most (24) were in Florida, but cases were also reported in every coastal state from Virginia to Texas, plus Tennessee and Arkansas. It’s not unusual for cases to appear in north ern or north-central states, too. In 2016, there were isolated cases in NewJersey and Michigan, plus an outbreak of 19 in Wisconsin. The total national cases climbed higher than 200 or 300 six times between 2003 and 2015, including 712 in 2003. In that same time frame, the lowest numbers reported were 60 in 2011 and 70 in 2015.