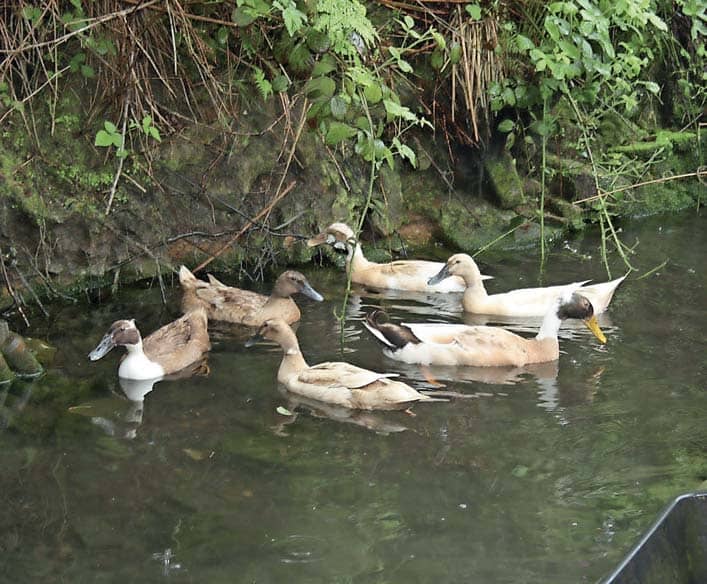 Two drakes, aka ‘the sex pests’, give poultry diarist Julian Hammer the runaround

We’ve been having some behavioural problems down at Rose Cottage recently. Some of the boys have been sulking and staying in bed all day, others have been sneaking out at every opportunity to chase girls, staying out late at night and then refusing to go to bed. This may sound familiar to anyone out there with offspring of a certain age, but I’m not talking teenagers… it’s the poultry that are the problem.

We have two young Indian Runner drakes who have been desperately trying to break into the enclosure at the top of the paddock to join our flock of laying ducks, three more Indian Runners who think they are chickens, and a cockerel with an inferiority complex who keeps pretending to be a hen.

The two drakes, or ‘The Sex Pests’ as my wife Emma has christened them, were hatched in an incubator around this time last year. We kept them in a brooder in the house until they had their adult feathers coming through and then we moved them up to the duck pond. The existing drake took offense to these two interlopers and chased them away every time he saw them. With the youngsters reduced to quaking, shivering wrecks, we moved them into the adjoining soft fruit patch where they could see the other ducks, but were safe from attack.

I had hoped that familiarity would reduce the aggression and they’d soon get along. Once a week I’d leave the gate open between the two groups, but before I’d get halfway across the paddock I could hear distressed quacking as our Guard Drake assaulted the two youngsters. He wasn’t to blame, he was only doing his job. Taking pity on the boys, we moved them down to the cottage lawn away from trouble.