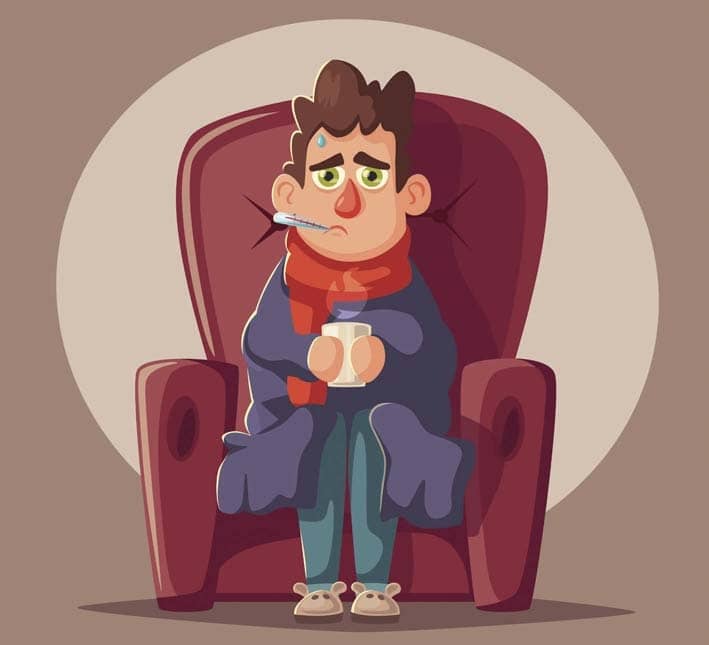 With Coronavirus dominating the headlines, Helen Babbs asks how smallholdings can be kept going in the face of adversity or the owner’s illness

It is the dead of night. A storm rages outside. You’re ill in bed. The phone rings. Your livestock have broken through a fence and escaped your smallholding’s boundaries.

Sounds like a Good Life nightmare? It is, and for Grace Olson, a smallholder near Leeds, it became a reality in January 2017.

“I came down with proper, full-blown ’flu,” she says. “I had one day during which I knew I was getting it and then the next day I was down and couldn’t do anything. My land is rented and a short drive away from my house. At the time I kept five horses on it.”

For the first couple of weeks, two friends who also kept horses on the land helped out, before they too succumbed to the virus.

“I just had to drag myself about,” says Grace. “Then one night it was snowing and the landlord, who lives next to the land, called. One of the horses had broken through the fence and was in his garden.”

Grace wrapped herself in her warmest clothes and drove over only to find the escaped horse now out on the road verge while the others were all “thundering about the field trying to get out. Fortunately, the escaped one had a rug on, so I grabbed that and hung on — as much to keep me upright as hold on to her”, she laughs.

Although the episode has humour with hindsight, “like something terrible out of James Herriot”, the whole experience left Grace apprehensive about expanding her smallholding. “I’d like to have sheep and hens, but what would happen if I was ill again? My husband works long hours and isn’t horsey, so he can’t help. I’ve only got one friend who could come in now, and she goes away sometimes.”

As a totally 24/7 job or lifestyle, smallholding doesn’t leave much space for sickness. During most minor illnesses smallholders tend to soldier on, only taking sick leave once it’s impossible or medically unsafe to keep working.

“I’ve been fortunate not to have been so ill that I couldn’t drag myself through the wind and rain,” says Kim Brook, a pig keeper from Devon. “I was out of action when I snapped a tendon, but my husband, who works from home, picked up the slack.”

A few simple preparations, however, can help to make this time when you can barely extract yourself from bed easier. After her nightmare experience, Grace Olson purchased a spare hay ring feeder that she keeps ready filled and covered.

“This way I only have to drag the tarp off and the horses have hay for several days,” she explains. “I also avoid using electric fencing, so I won’t have to go and check the batteries.”

Anything that saves labour will help, whether it’s permanent rather than portable fencing, or an electronic pop-hole closer on the hen house so that you don’t have to go out every night to shut the chickens in. Having a bale or two of extra hay, or a sack of your horse’s favourite molassed chaff put aside will ensure that animals continue to eat well even if their feeding routine is slightly interrupted. It is also worth investing in a sturdy walking stick to lean on and a lightweight camping stool for impromptu rests while trekking out to feed animals in the fields.