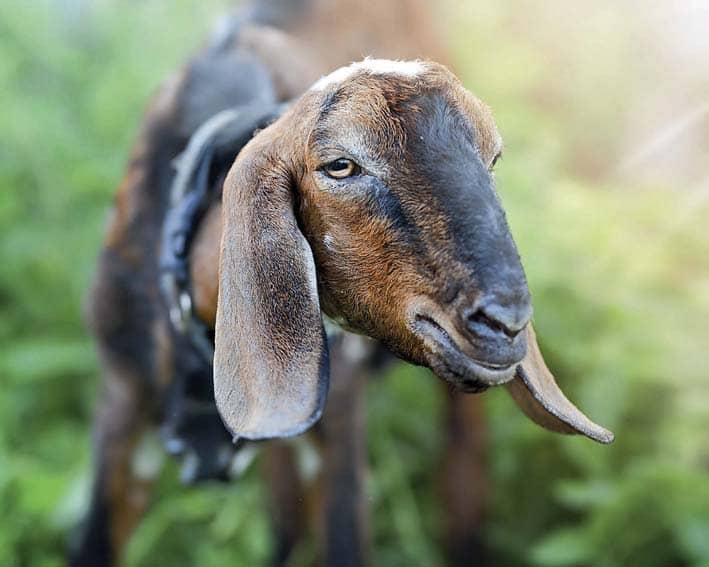 The imposing Anglo Nubian goat, with its pendulous ears and Roman nose, really stands out from the crowd. Fan Lee Connor talks to other admirers and finds out how well they are suited to smallholdings

The Anglo Nubian goat — one of the tallest and heaviest in the goat family — is also one of the most distinctive. With its long, pendulous ears, trademark Roman nose and its ability to come in a dazzling array of spotted/mottled colours, it looks exotically different from all other British breeds.

My first goat was an Anglo Nubian. She was called Circe, after an enchantress in Greek mythology, and her name couldn’t have been more fitting because she totally captivated me and I have been fascinated by them ever since.

And, as befits those distinguished looks, the Anglo Nubian has a long and intriguing history. During the second half of the 19th century, P&O steamers continued the age-old tradition of carrying goats on board for the homeward journey. This was to provide a fresh supply of milk for passengers, especially any infants on ship.

These ships had a vitally important role to play servicing the British Empire — they transported mail, personnel and soldiers out to India and other far flung corners.

When the ships finally docked in London, these strange-looking goats (brought on board from various different sources in North Africa and India) were eagerly purchased by British goat-keepers and subsequently crossed with their own animals to increase size and productivity, and possibly pass on those highly distinctive ‘exotic’ looks to their progeny.

This is the correct and accepted history of the breed, although I do remember Circe’s breeder telling me that they first came to Europe in 1860 when the King of Abyssinia sent Napoleon III the bizarre gift of a baby hippopotamus and Nubian goats were sent with it to supply the hungry baby with milk! 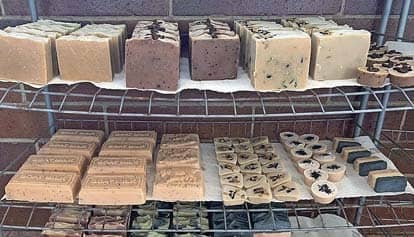 And it would appear that there may be some truth in what I had always assumed to be just a rather tall tale.

Pegler, in his authoritative work The Book of the Goat, wrote: “The introduction of the Nubian breed seems to be due to the gift of a young hippopotamus which some Eastern potentate made to Napoleon III, and which was accompanied by some Nubian goats to supply its daily needs. These found their way to the Jardin d’Acclimatation in Paris, where they came under the observation of the director, who was so astonished at their milking powers that he preferred not to mention the precise amount supplied for fear of being charged with exaggeration.”

Whatever the truth of exactly how they arrived in Britain, the tall, floppy-eared goats were obviously extremely prized and the resulting crossbred progeny gained the name Anglo Nubian in 1893.

After an incredible run of popularity, when the Anglo Nubian became a show-ring favourite, breeders suddenly seemed to lose interest. The breed began to shed its trademark Eastern looks and was desperately in need of new blood.