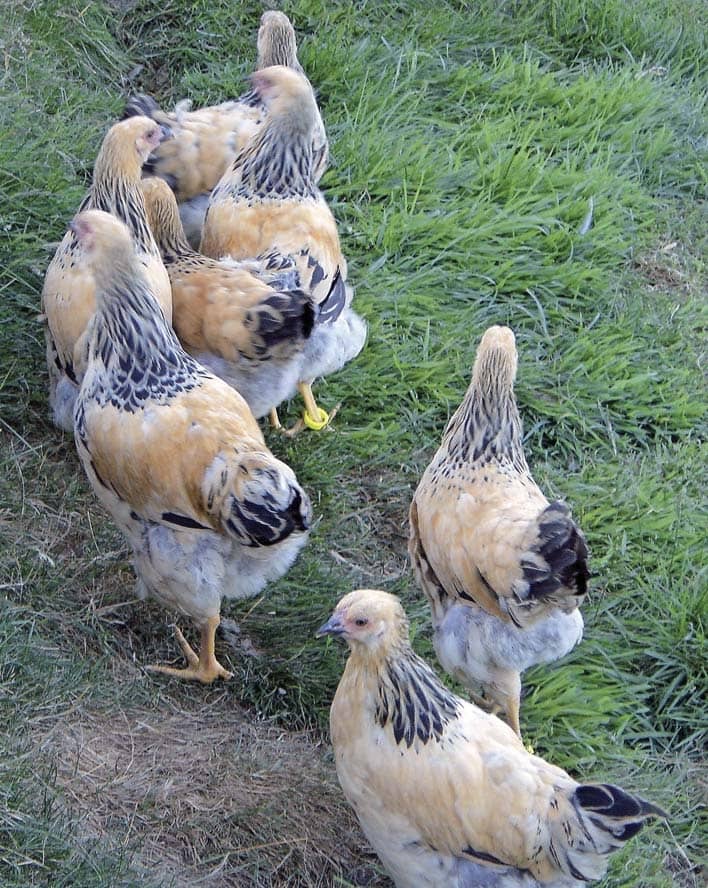 In the second part of his series on birds that breed true, Grant Brereton takes a close look at birds boasting the Columbian plumage pattern, namely the Wyandotte, Sussex and Brahma breeds

Back in 1984, this curious eight-year-old was flicking through the pages of the book Bantams in Colour when he began to wonder why the Wyandottes [that looked exactly the same colour as the Light Sussex] were called Columbian. Almost two decades later, and after a fair amount of research, yours truly has learned that the name Columbian was bestowed on a new variety of Wyandotte born from a chance cross and which was first exhibited at the Columbian Exposition and World’s Fair in Chicago, Illinois, in 1893.

The bird was predominantly white across its body plumage, with a beautifully contrasting black neck and tail feathering. This attractive black neck feathering, surrounded by a very narrow white fringe to each feather, is often affectionately referred to as the cape among exhibition breeders.

It would be some 70 years later that the Columbian gene was found to be behind the fowl that proudly displayed a very distinct plumage of a singular body colour with black feathering restricted to the neck, tail and wing areas (and feet in feathered varieties, such as the Brahma). The gene’s dominant action of having little regard for most types of feather pattern — and hence making the body a solid colour instead — was discovered by geneticists J Robert Smyth and Ralph G Somes in 1965.