A world of pain 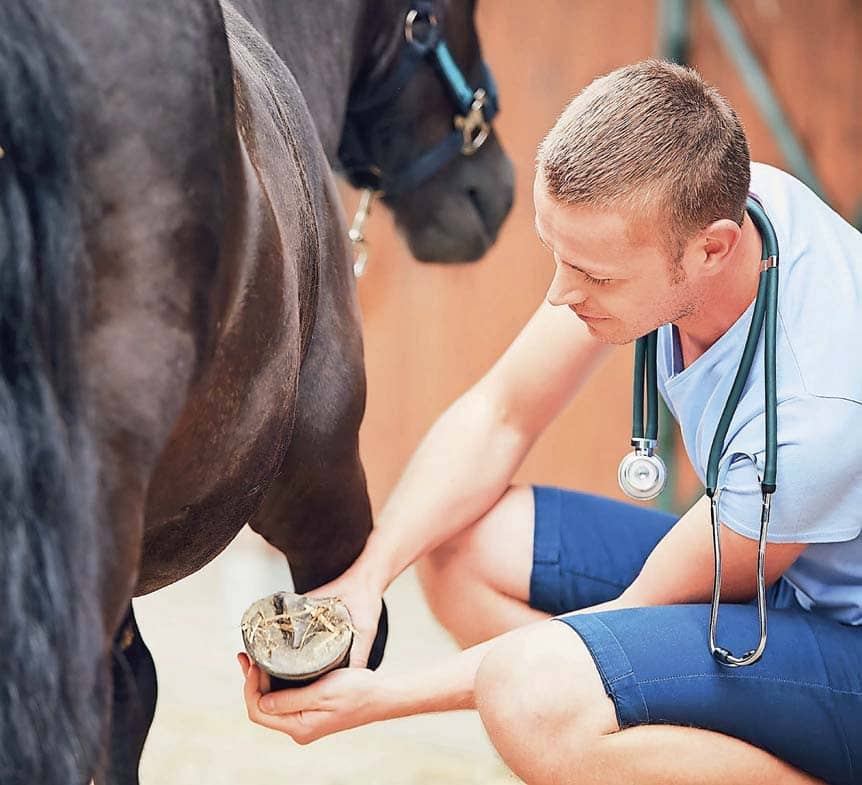 Smallholders with horses or ponies should be aware of the dangers of laminitis at all times of the year, but particularly in spring and summer. Emily Bevan looks into the painful condition that affects one in 10 equines in the UK each year

The word laminitis can strike fear into even the most resolute of horse owners, and with the Royal Veterinary College’s website stating that 7% of equine deaths are linked to the disease, which affects one in 10 horses and ponies each year according to the British Horse Society, it is hardly surprising.

Laminitis is one of the most common causes of lameness in horses and it varies in severity from mild tenderness in the foot to the rotation and sinking of the pedal bone (the largest bone in the hoof) which can prove fatal.

There are several different types of laminitis. Inflammatory and overload are two, but the most prevalent is metabolic or endocrine-induced laminitis. Horses with dietary disorders, such as equine cushings disease or equine metabolic syndrome are predisposed to this type of laminitis, which also affects horses consuming excessive amounts of grass.

The high levels of sugar found in grass can prove difficult for horses and ponies to process, affecting the blood supply to the soft tissues in the hoof — known as the laminae — and leading to laminitis. It isn’t known why laminitis affects certain horses and ponies and not others.

“The layers of laminae become inflamed and separate which leads to instability and a weak connection between the pedal bone and the hoof capsule,” says vet Maris Terpstra from Durham Equine Practice. “The laminae is unable to swell, so the pressure increases, which can cause immense pain to the animal. Ultimately, the bone can start to move and rotate or sink.”

Due to the foot pain horses with laminitis experience, classic symptoms include lameness, stiffness, or a reluctance to move. Horses can become pottery and often stand back on their heels in an effort to take the weight off their feet. Some will also lie down and be unwilling to stand.

“If you suspect your horse has laminitis then call your vet immediately. Quick action can prevent long-term damage,” states equine vet Shirley Seed from Oaklands Veterinary Centre. “Take the animal off grass and hard feed and put him in a stable with thick bedding to help cushion his feet. Sometimes X-rays or blood tests are required, but your vet can advise on that.”

Laminitis can occur in either the front or hind feet — although it is rarer in the hind feet. It can appear in just one or multiple limbs and at any time. Just because your horse has never suffered from laminitis doesn’t mean that he won’t ever get it, and while any horse or pony can develop the disease, it is more commonly found in ponies.

Crispy, an 11.2hh Welsh section A, was a much-loved member of the Human family for 12 years, but he sadly suffered from laminitis for 10 of them. The Humans, who hail from Essex, broke him in and Grace and her two brothers contested a range of activities with the chestnut gelding throughout his life.