What You Don't Know About... Russian Blues 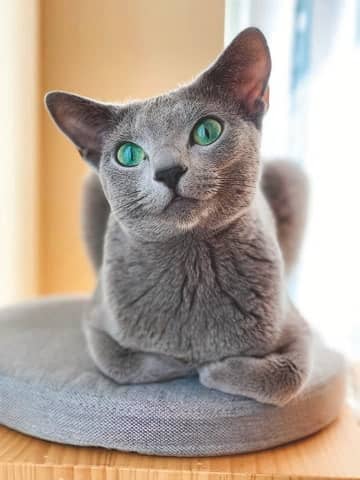 The statues que and regal Russian Blue is a standout in any environment. Once you’ve taken in his elegant structure, the next thing you notice is the amazingly dense, silver-tipped coat, paired with emerald green eyes that look deeply into the souls of admirers. It adds up to a majestic creature definitely worthy of the opulent royal palaces of the czars of Russia.

Gentle cats that are somewhat shy nature around strangers, Russian Blues are devoted to and affectionate with their loved ones. They are very sensitive to their owner’s moods, and will greet you at the door, find a quiet seat next to you, or fetch a toy at playtime, somehow knowing instinctively what you want of them. “Fetching” is a favorite pastime for Russians and their owners. However, pull out the vacuum cleaner, and your Russian will quickly find a safer and quieter location. Relatively soft-voiced (except perhaps at mealtime), the Russian Blue appreciates a pat on the head, a window from which to watch the birds, and, of course, all the comforts of home. Minimal grooming is required: regular nail clipping, good nutrition, an occasional combing, and lots of petting, keep your Russian Blue pet looking spectacular. 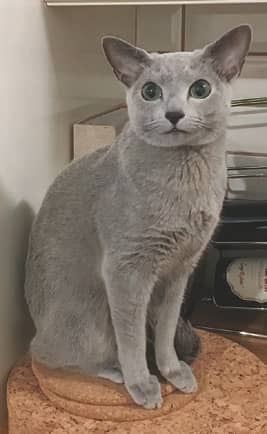 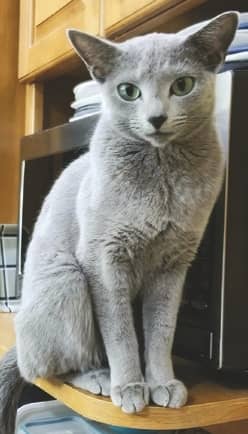 Russian Blue cats were first shown in 1875 at the Crystal Palace in London. Named “the Archangel Cat,” they “competed with all other blue cats. In 1912, the Russian Blue was given a separate class for competition as breeders in England and Scandinavia worked to develop the foundation bloodlines for the contemporary Russian Blue.” (CFA Breeds) 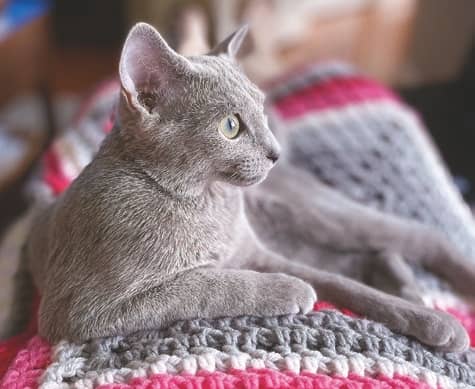 The breed was brought to the United States early in the 20th century, but it was not until after World War II that US fanciers “began combining the European bloodlines to produce cats with plush, silvery coats, emerald eyes, and the distinctive profile. From the 1960s, the Russian Blue began gaining popularity and has become a favorite at cat shows and at home.” (CFA Breeds) 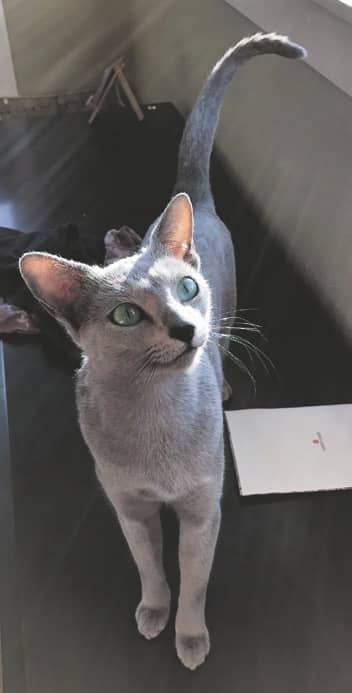 The YouTube sensation, Nyan Cat, was inspired by a Russian Blue owned by illustrator, Chris Torres. At the time, he was working as a volunteer for a Red Cross promotion, and was part of a group brainstorming ideas for advertising: some on the committee wanted a Pop Tart-like character, somewhat reminiscent of SpongeBob SquarePants, while others wanted a cat. The result was “an Internet-meme of a flying catPop Tart hybrid flying through space, leaving a rainbow trail in its wake.” (Fawcett)

MORE STORIES FROM CAT TALKView All