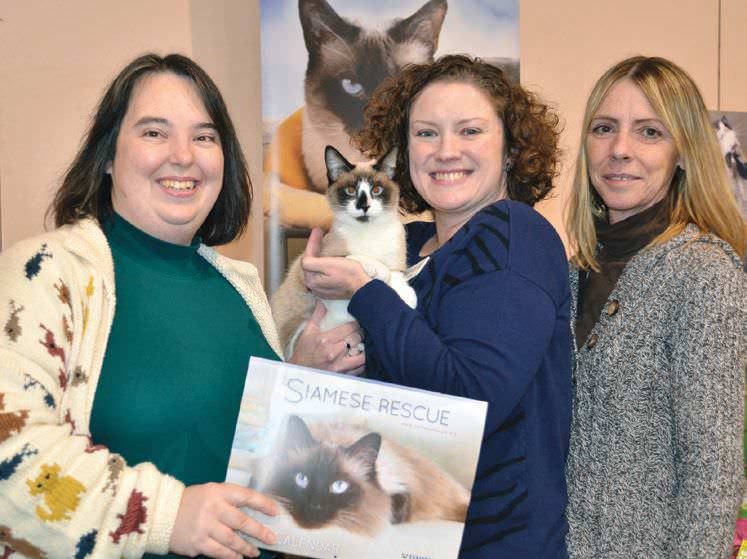 Siamese Cat Rescue is an act of love

For Siri Zwemke, Siamese Cat Rescue is an act of love. It was never her goal to make a career out of it. However, when she was looking to adopt a Siamese cat, one thing lead to another, and the original shelter— based in Locust Dale, Virginia—was born. As an internet-based rescue organization, the organization now helps Siamese cats from New Hampshire to California, and to date has rescued some 24,000 Siamese.

What makes SCRC (Siamese Cat Rescue Center) different is that it is internet based. Siri’s husband, Darrell, takes care of the internet aspect. There are trainings, forms, trackers, personality checklists, an online store, and a pretty complex database, all available online. Additionally, the organization hosts a two-day summer camp each year, giving volunteers from around the country a way to personally interact and trade best practices with each other. About 100 people gather to learn about the changing rescue environment, behavioral and health issues, and lots more. People who know each other only through email get a chance to meet other SCRC volunteers face to face. ‘It’s great fun,” Siri said.

Her search to adopt one Siamese led to six. After balancing her full-time job in special education with rescue for five years, the rescue grew to a point where she knew she could not do both. It was some 20 years ago that Siri took the leap from a full-time teaching position to running SCRC. “I did it out of the house for a while. There were cats everywhere,” she says. “People who wanted to adopt would come into my house. We’d find cats hidden underneath the bed in the bedroom.” She helped 180 cats in the first year alone. As SCRC continued to grow, she decided to convert her garage to a shelter.

Her dive into rescue took another twist. She was looking a web site designer, and a friend referred her to Darrell Zwemke, who was maintaining his own Siamese-friendly web based organization – the Siamese Internet Cat Club in Utah. He later transferred his job out to Virginia and married Siri.