Living With Korats Is Kaotic! 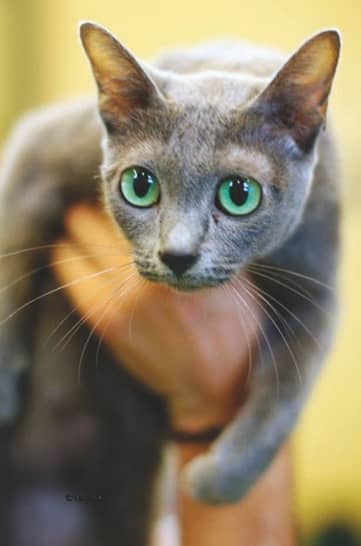 The Korat is a living good-luck charm in his home country of Thailand, where he is also known as the Si-Sawat cat,” so named for their region of origin. (Cat Time) Everyone who staffs a Korat agreed on one thing: the bonding of this breed with their humans is the best empathy found on earth! Korat human servants fall in love instantly with the heartshaped faces and peridot green eyes of these talented, opinionated, talkative little fur critters. In addition, Korats are affectionate and loyal.

Like the Tonkinese and Burmese, the Korat’s semi-cobby body is deceptive. These cats are hefty and much heavier than they look. Their short, dense, silver-blue fur “does not float off when they are stroked or petted, so most people with allergies to cat hair find their proximity tolerable.” (CFA Breeds). Well-known for their heart-shaped face, there are actually “a total of five hearts associated with the Korat,” with the head having three of these shapes. “Looking straight on at the Korat, one sees the Valentine-shaped heart of the head. The second heart is found by looking down over the top of the Korat’s head, and the third heart associated with the head is the nose. The fourth heart can be found in the muscular area of the chest when the cat is in a sitting position. But the most commonly forgotten heart is the one inside the cat! As the Korat matures, the heart shapes become more prominent.” (CFA Breeds) 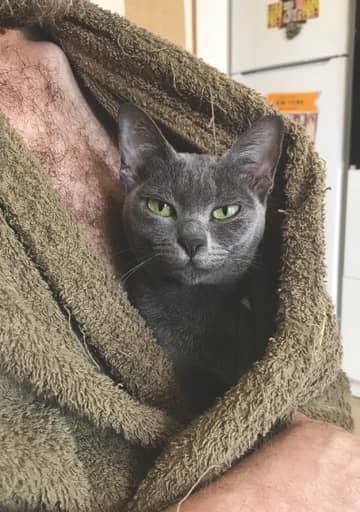 One of Thailand’s most beautiful exports, “…the Korat was discovered in Ampur Pimai in the Korat province of Thailand. The earliest known record of the Korat appears in The Cat-Book of Poems or Smud Khoi of Cats, produced sometime during the Ayudhya Period of Siamese History (1350-1767). This book presents the seventeen ’good luck’ cats of Thailand, including the Korat, and is presently located at Bangkok’s National Library.” (CFA Breeds) 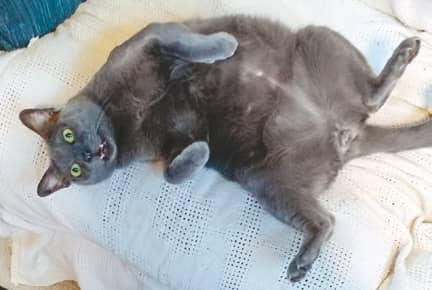