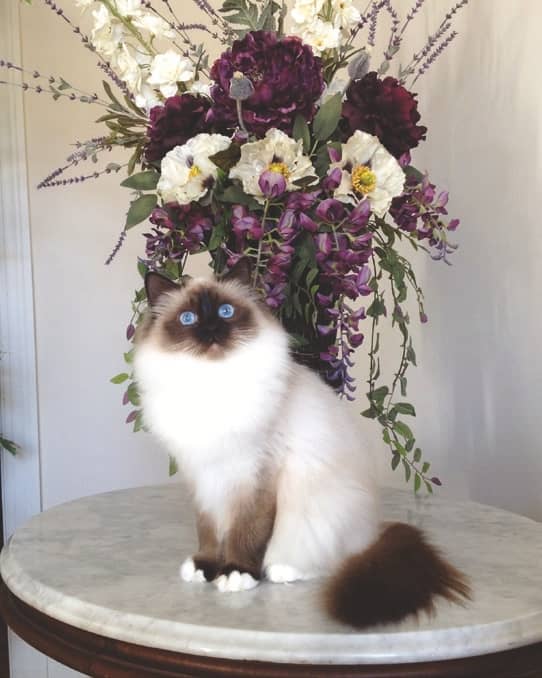 In 2017, the feline world thrilled to the announcement that a cat had been successfully treated for one of the most fearsome diseases that can affect our beloved pets—feline infectious peritonitis (FIP). Dr. Niels Pedersen of UC Davis, who has devoted much of his life to finding a strategy to cure FIP, was able to treat Luna, a Savannah female, with an antiviral drug, one of two that have now been used to battle the disease.1,2 Sadly, although they have now been proven effective, no FDA-approved versions are yet available. Nevertheless, many determined owners are working to gain access to the drugs. With or without the assistance of their vets, they are networking across the internet to support each other in the struggle to bring cats back from a diagnosis that is—miraculously—no longer considered an inevitable death sentence. Here are the stories of three cats whose owners fought back against FIP.

When Ladybug, a five-year-old seal point Birman spay owned by Mary Myers, was taken to the vet in Simpsonville, South Carolina in June of 2019, she was a very sick kitty. Weight loss, one of the classic indicators of FIP, had taken 30% of her body weight. She was also suffering from severe anemia, ataxia, and a slight upper respiratory infection. Additionally, her dark facial markings were fading.

Paige, another, much younger Birman female owned by Sue Deladi of Bloomington, Minnesota, had markedly different symptoms. She was lethargic, refused to eat, had loose stools, pale gums and a fever. Like Ladybug, though, she was extremely anemic.

Bloodwork on both cats—which was reviewed by Dr. Pedersen— showed characteristics typical of dry FIP, with high levels of protein and neutrophils. Just a few years ago, the only available options for Ladybug and Paige would have been supportive care and eventual euthanasia. Fortunately, both appeared to be good candidates for antiviral treatment, which has not been shown to help cases of wet FIP or cases where the disease has led to organ failure.

The diagnosis of Gus, a young Siberian male owned by Mikayla Mallett of Dover, New Hampshire, also involved bloodwork, but took much more time to evolve. When he was taken in to be neutered at six months of age, he showed no signs of illness. However, a routine pre-op blood panel revealed elevated globulin levels and slight anemia. It was clear that Gus’s immune system was trying to fight something off. The possibility of FIP was raised and the surgery was postponed. Over the next month, the only other noticeable symptom to appear was a decline in energy which could also have been attributed to Gus becoming more of a young adult and less of a playful kitten. So, the neuter was rescheduled and additional bloodwork done. This time, the globulin levels were dramatically higher, and post-surgery, Gus’s health began to decline. He became weak and lethargic, lost his appetite, and developed ocular symptoms. Following unsuccessful treatment with antibiotics, he was diagnosed with FIP. 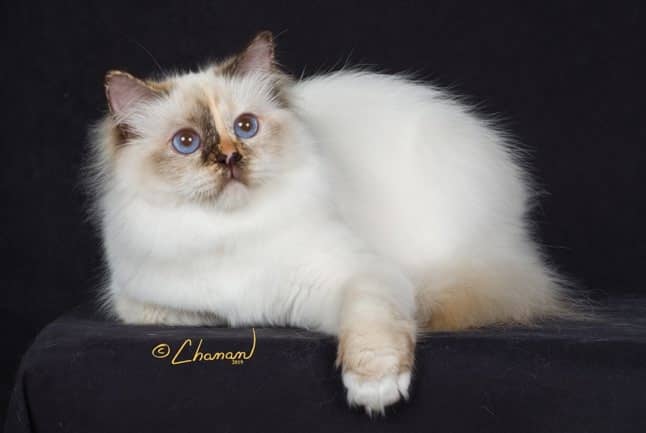 Reaching Out For Help

As a Birman breeder for many years, Sue was already knowledgeable about the disease. Her breed is one of many breeds with a high incidence of FIP, and she had engaged Dr. Pedersen in discussions about managing a breeding program to reduce the risk. She was also aware of the antiviral treatments; so, when told her kitten likely had only days to live, she was determined to obtain the medication and attempt the treatment. This was achieved with the help of the Facebook group, “FIP Warriors,” which has grown from a few hundred to well over eleven thousand members in less than a year.