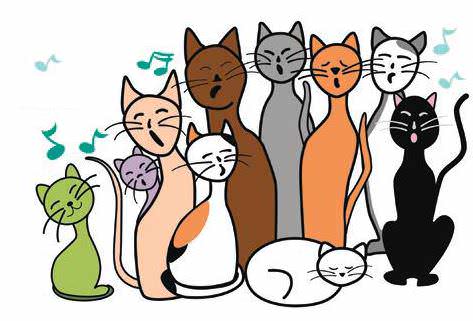 In our last installment, oh quality cat breeder, we covered some of the basic terminology and concepts in the mysterious world of genetics. In this issue, we will cover some of the basics of feline genetic testing: what is currently available; how the tests are performed; some dos and don’ts; and what to do with the information once you have it. If you haven’t read the prior article and genetics is a new and/or confusing topic to you, you may want to dig out the last edition of Cat Talk and review Part I, as this information will be helpful in understanding Part II.

Genetic Testing: What is it?

Genetic testing, fundamentally, is an attempt to determine an organism’s genotype, particularly when observing the phenotype does not reveal all that one needs or wants to know about the genotype. The ability to test for a specific genetic trait, though, has only been available to the general public for about a decade, and is the product of the investment, over the last 70+ years, of billions of dollars and countless hours by researchers focused on deciphering the genetic code.

Prior to the emergence of gene sequencing technologies, one could only rely on recording the phenotypes of the parents and offspring and then infer the genotype from controlled reproduction through multiple generations. However, the last half of the 20th century saw explosive advances in the field of genetics, starting with the discovery in the 1940s that genetic material is made of deoxyribonucleic acid (DNA) and that DNA is composed of four nucleotide bases, adenosine (A), thymine (T), cytosine (C), and guanine (G). In the late 1940s and 1950s, thanks to the work of Pauling, Franklin, Watson, Crick, and many other molecular biologists, the molecular structure of DNA was determined along with the relationship of the nucleotides (base pairs A-T and C-G). This paved the way for the development of technology which enabled the sequencing of the base pairs in the DNA strand (DNA sequencing) starting in the 1970s. This, in turn, allowed the matching of specific sequence of base pairs on a specific position on a chromosome, which then enabled the identification of genes and single-nucleotide polymorphisms (sNPs), which are variances in a single nucleotide at a specific position. 2,9

An understanding of how these genes function in the synthesis of specific proteins in the organism, combined with observation of expressed traits and diseases, allows researchers to map specific genes and sNPs to the observed traits and diseases. While initial testing methods were labor-intensive and only found in research laboratories, recent advances in technology have exponentially reduced the cost and testing time and made it economically feasible for commercial laboratories to offer the testing. While there are currently many methods of genetic testing used today, the “gold-standard” being direct DNA sequencing, it is still labor-intensive and expensive. As mentioned in Part I, the emergence of Polymerase Chain Reaction (PCR) technology in 1983 revolutionized genetic research and eventually made determining specific genetic traits and mutations relatively easy and cheap. About a decade ago, sNP array testing methodologies were developed. At a high level, this methodology was created by combining DNA array testing, which is a technology used to detect multiple DNA sequences of interest simultaneously, and PCR technology, which amplifies the sNPs of interest. Array chips could then be developed which tested for all the sNPs of interest to a specific population, such as the array developed by Neogen’s GeneSeek laboratory for CFA. sNP array testing further reduced the complexity and cost of genetic testing.1,3,4

How Does It Work?

While a detailed description of genetic testing methodologies is well beyond the scope of this article, there are a few bits of information useful to the cat fancier and breeder. The core technology of most commercially available genetic testing is Polymerase Chain Reaction (PCR). PCR testing, at a high level, takes a single or a few copies of a specific DNA sequence and amplifies it so it may be detected. However, it is important to understand that PCR is an underlying technology made up of many specific testing procedures, which vary greatly in the types of results they produce, their sensitivity, and their accuracy. For example, there are end-point and real-time PCR tests. An end-point test will only tell you IF a particular sequence is present, a real-time test will tell how much of that sequence is present. How much is present is generally not as important in genetic testing as it is when PCR is used to diagnose what microorganisms may be plaguing your cat (a topic for another day), but the sensitivity and accuracy are extremely important.7

What is within the scope of this article is how to obtain the best possible test result. While there are many factors which impact the overall quality, most of them are not in the cat fancier’s control. There are three factors, however, that can be controlled and which are vitally important.