King Of The Coppies 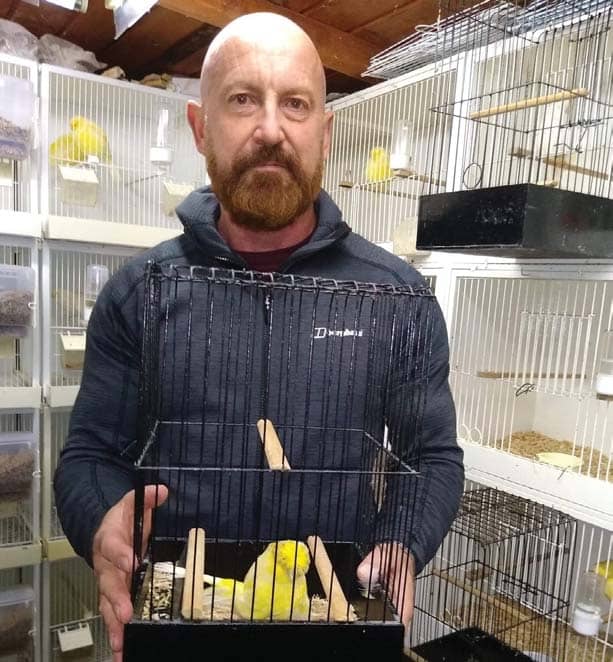 Prize-winning Lancashire canary breeder PAUL WOODWARD may have come to canaries late, but he’d been breeding other birds successfully since childhood. Dave Brown hears his story

PAUL Woodward is an enthusiastic breeder and exhibitor of old variety canaries and took best of breed at this year’s National Exhibition with a fine Lancashire coppy.

Birdkeeping is in the blood: Paul grew up in a family of poultry breeders and exhibitors. From an early age he would be pushed in his pram out into the garden where he would watch the bantams pecking around.

An early photo in the Woodward family album captures a three-week-old Paul, joined in the pram by a dozen bantams perched on the pram edge and handle alongside him.

It was only natural that Paul followed in the family tradition and became a breeder and exhibitor of poultry in his own right, specialising in white Leghorn bantams and large black Leghorns. These were regularly shown at Stafford – not the National, familiar to cage bird exhibitors, but the large Federation Championship Show, a huge poultry event that is held each December. 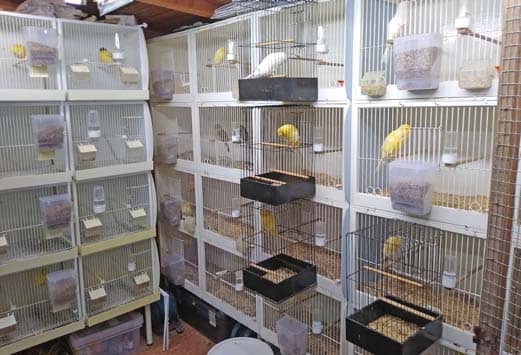