Inside The World's Biggest Pet Store 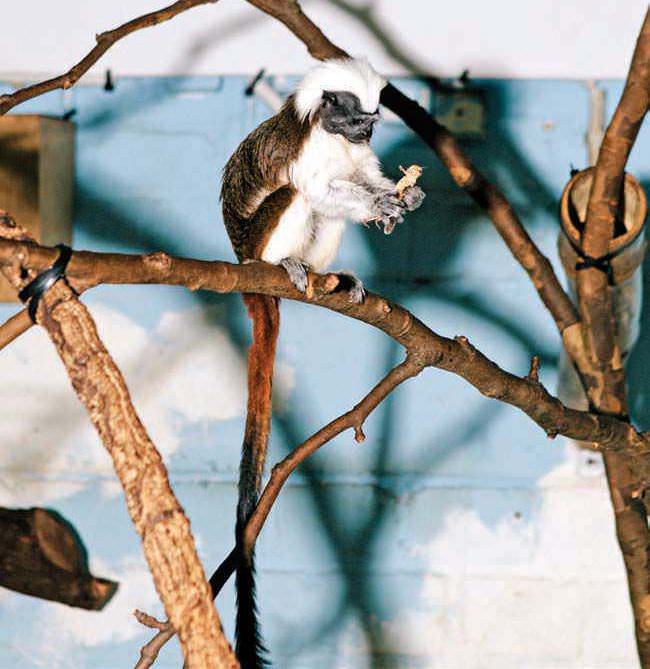 Norbert Zajac got his first pet, a golden hamster, when he was 4 years old. He took good care of her and bought a second hamster one year later. By the time he was 8, Zajac had bred more than 100 golden hamsters in the basement of his family’s little home. His parents, a highway cop and a housewife in Gladbeck, Germany, said he could keep as many pets as he wanted, as long as he paid for them himself. Zajac began selling hamsters to local pet shops. He diversified, adding guinea pigs, salamanders, tortoises, and a crocodile. He took over the family garden and started raising birds. “When I found out about an animal, I wanted to hold it, and when I held an animal, I wanted to breed it,” Zajac says. When he was in fifth grade, schools began taking field trips to his house. He became Germany’s youngest licensed parrot breeder in 1967, when he was 13, and quickly cornered the local market on parakeets by training them to breed at Christmastime. At 14, Zajac asked a career counselor what he should do with his life. He was told to become a steelworker.

It was easy advice to give in the 1970s to a young man from the Ruhr Valley, the heart of the West German steel industry and the most populated part of the country. Zajac, who never graduated from high school, worked early shifts at the mill so he could be home to tend his animals before dusk. At 18, he sold most of his pets after he was conscripted into the military. Two years later he was working again at the steel mill when he saw an advertisement in the local paper. A pregnant woman in the city of Duisburg, near the Dutch border, was trying to sell her pet shop before she gave birth. Zajac borrowed money from his father and took over the small store on a quiet residential street in 1975.

Today, Zajac’s pet shop fills a 130,000-squarefoot warehouse in an industrial part of Duisburg. It’s called Zoo Zajac, and it unfurls, like an airport terminal, along a horseshoe in the road. It’s more than twice the size of the White House and three times as large as a Whole Foods Market. It is, according to Guinness World Records, the biggest pet shop in the world. A visitor can spend as much as €9,000 ($10,000) on a two-toed sloth or as little as €1.19 on a box of crickets. She can buy armadillos, meerkats, coatis, and monkeys; or fill aquariums with jellyfish, tetras, shellfish, and piranhas. Zoo Zajac sells 50 species of tarantula and maintains one of the finest reptile collections in western Europe—better, even, than many zoos. It houses about 250,000 individual animals of 3,000 different species. A walk around the place is essentially an endurance sport, which is why Zajac, a heavy man with two bad knees, zips up and down the aisles on a black moped. The vehicle never leaves the premises and logs more than 2,500 miles a year.

Zoo Zajac has become for the Ruhr Valley what Zajac’s childhood home was for his classmates. “It’s almost used as a gratis zoo by the people,” says Ulrich Schürer, the former director of the nearby Zoo Wuppertal. As many as 12,000 visitors will arrive on a Saturday, and many of them won’t buy anything at all, except for perhaps a currywurst or coffee at the cafeteria. Even the proper customers rarely obtain animals; the majority purchase only the tens of thousands of pet-care products that line the shelves between Zoo Zajac’s tanks and cages:everything from aquarium filters to dog leashes to eyedrops for turtles. Live animals are expensive to maintain in a pet shop, and demand is relatively small. In the U.S., they make up only 6 percent of the retail pet market. “A pet store mostly subsists off of accessories and merchandise associated with the animal,” Zajac says. “If I just sold only animals, I would lose €250,000 a year.”

This has given rise to what he calls, sneeringly, “Die Tierhandlung ohne Tiere,” or “the pet shop without pets.” Many of the most successful pet businesses have stopped selling animals or scaled back to just a few low- maintenance species, even though their customers are crazier than ever about their little friends. In Western countries, where family sizes are shrinking, pet owners no longer treat their animals as property but as children, pampering them with products and services that would have once seemed ridiculous: bottled water, gluten-free kibble, doggy diapers, designer beds. The “humanization” trend has benefited more than just animals. The U.S. pet industry has more than tripled, to $60 billion, over the past 20 years, and pet care was one of the few retail industries to grow during the Great Recession.

Much of that growth, though, has accrued to big-box retailers rather than small pet shops. Chains slashed operating costs by eliminating live animals and exploited economies of scale to sell an ever-increasing variety of products as cheaply as possible. In the U.S., PetSmart and Petco Animal Supplies capture more than half of industry revenue. In Germany, the petcare chain Fressnapf operates more than 800 locations and claims nearly a third of all sales, according to the research firm Euromonitor International. Germany still has more than 5,000 independent pet shops, but their market share has dwindled to less than 15 percent.