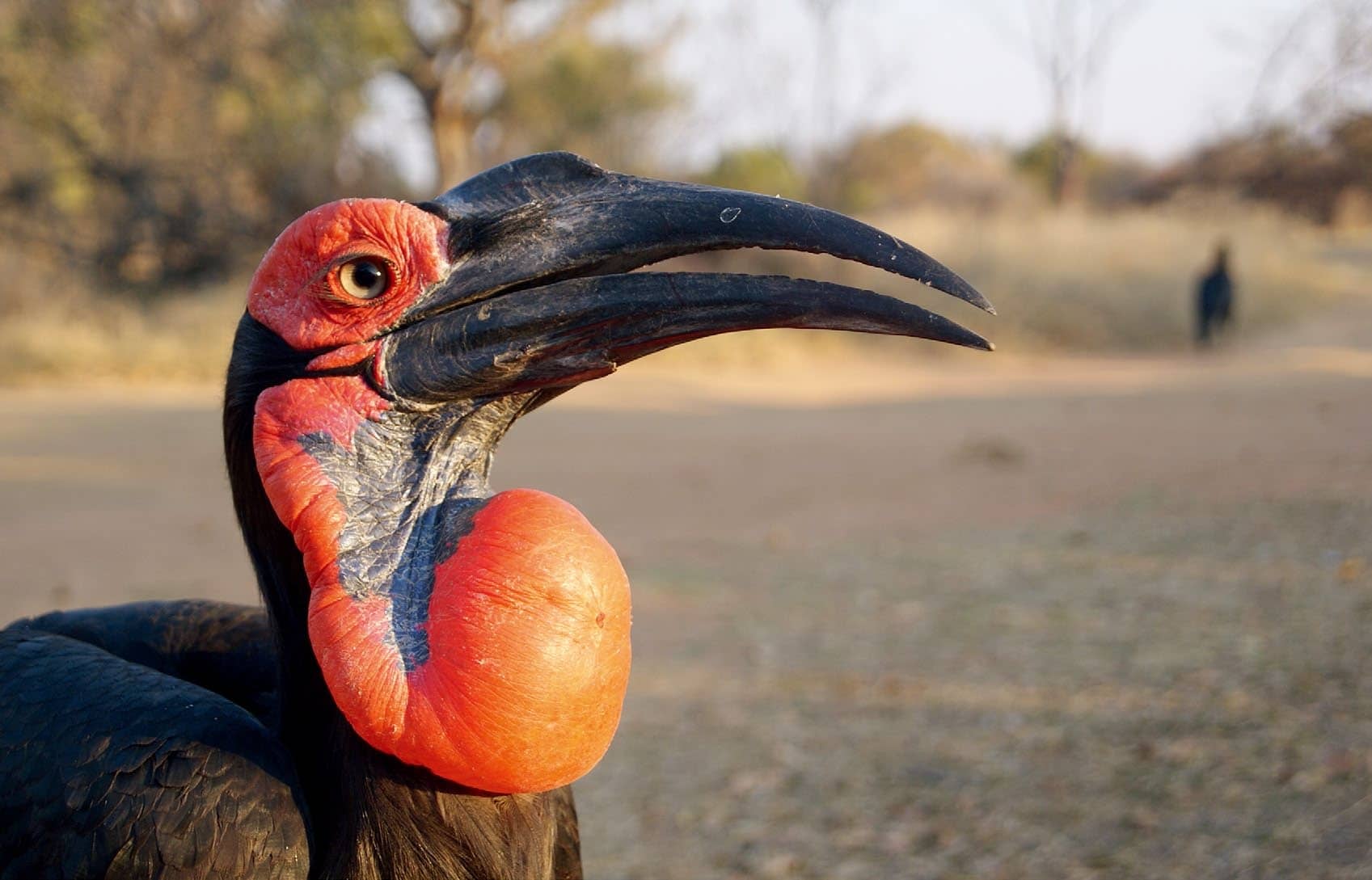 While BirdLife South Africa show-cases the Southern Ground-Hornbill Bucorvus leadbeateri as its 2020 Bird of the Year, the FitzPatrick Institute celebrates two decades of studying these iconic thunderbirds.

Over the past 100 years the Southern Ground-Hornbill has experienced a two-thirds reduction in its range in South Africa. Given the species’ strong site fidelity, this probably translates into a similar decrease in population size. The birds breed cooperatively and groups defend their large territories by giving booming calls at dawn. This behaviour is most pronounced in spring, when the onset of the rainy season triggers breeding.

Since 2000, Fitztitute students have been investigating habitat use and reproductive success of ground-hornbills in the 200 000-hectare Associated Private Nature Reserves (APNR) adjacent to the central Kruger National Park (KNP). Although the project began as a study of the largest cooperatively breeding bird in the world, there was always a strong conservation focus. From the start, massive artificial nest logs were installed throughout the APNR, enabling the number of ground hornbill groups to more than double during the past 20 years. Currently some 30 groups are being studied.

In order to grow the population, we needed to know the actual size of territories, whether they abut or overlap and whether home ranges and habitat preferences change seasonally. We deployed a GPS transmitter on one member of each group to report its position once an hour from before sunrise while the birds are still on their night-time roosts until after they return to roost at the end of the day. These devices obtained more than 25 000 positional fixes for five birds, accurate to within a few metres.

During 2011, BSc Honours student William Wyness analysed the year-round tracking data from four of these ground-hornbill groups. The areas used by different groups ranged from 55 to 103 square kilometres. However, home ranges contracted dramatically during the summer breeding season, when group members regularly visited the nest to feed the incubating female or the chick.