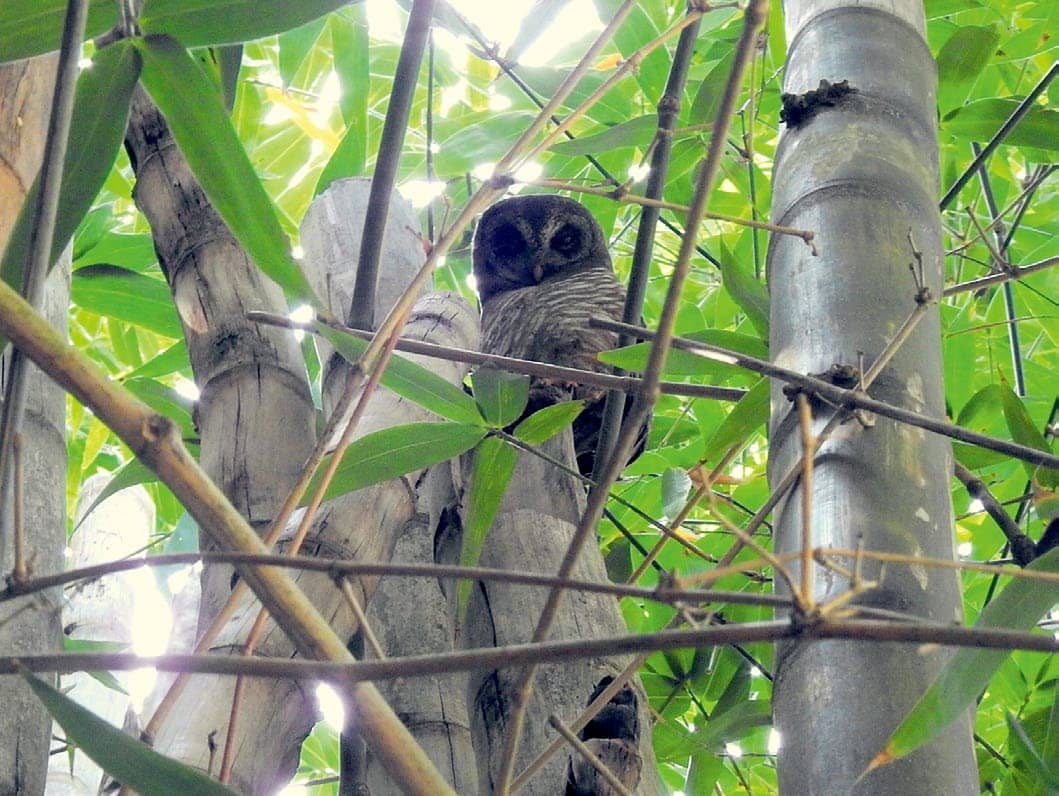 How to find Wood Owls...

I consider myself very fortunate to have seen four African Wood Owls in one garden during the past three years – but it wasn’t all my doing. I’ve learnt over the years to always listen for some very annoyed-sounding small birds uttering alarm calls. Depending on where you are and the time of year, this often means that the birds can see either a snake or a raptor, but often even diligent searching on my part to pinpoint where the alarm-callers are fails to produce the desired result.

At Kirstenbosch National Botanical Garden in summer, if they are giving their alarm calls in mid-level to high tree canopies it often indicates that a boomslang is in the vicinity. However, the snakes are also seen on the ground, generally moving fast across pathways with a flotilla of noisy, small birds hovering above them.

I have also found small birds in alarm mode and dive-bombing a small bush, even though I can see that there is no predatory creature in there. In my determination to discover what was lurking in a bush, a few times I’ve come within striking distance of a Cape cobra, so caution is always advised.

The members of a bird party usually comprise Cape Robin-chats, Cape White-eyes, Sombre Greenbuls, Cape Batises and Dusky Flycatchers, as well as Southern Double-collared Sunbirds. Each species has its own particular alarm call and they can all be fairly soft, but if Olive Thrushes are in the mix, they are a lot more vociferous. Sometimes it’s just a party of one – I found a boomslang at Kirstenbosch and only a Cape Robin-chat seemed to be aware of it. And once alone Southern Double-collared Sunbird indicated a pair of Wood Owls.