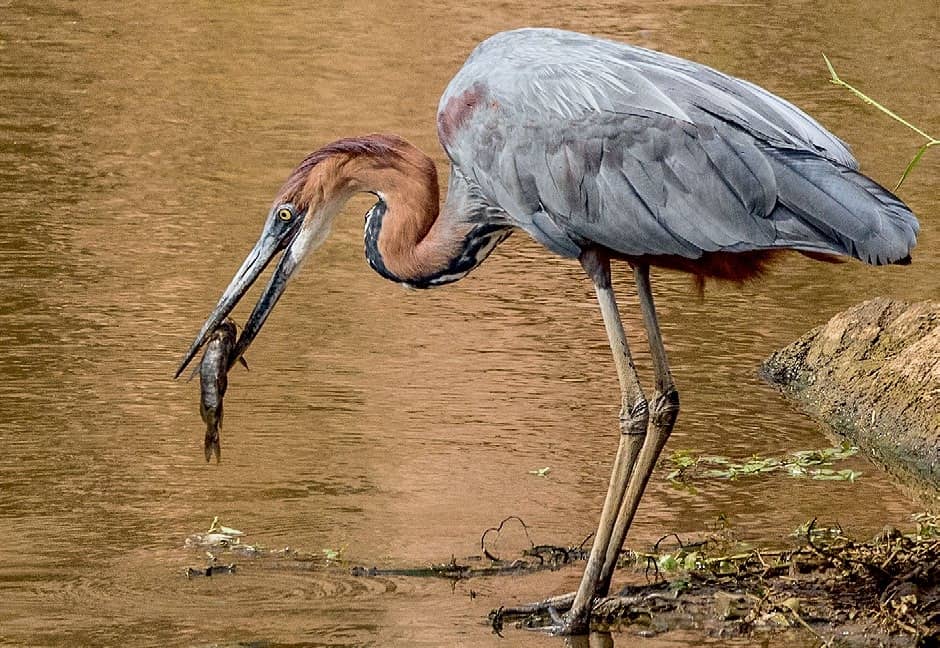 During a game drive along the Mphongolo River near Sirheni Bushveld Camp in the Kruger National Park, we noticed a Goliath Heron stepping out of a large pool in the river with a catch wriggling in its beak. It had snagged a rock-catfish Austroglanis sclateri. The bird walked onto a small rocky outcrop adjacent to the river, dropped the prey onto the ground and proceeded to stab it. After jabbing at it a number of times, the heron took the prey, now covered in sand, in its beak, climbed down from the outcrop and walked back into the shallows of the pool, where it rinsed it thoroughly. This process of stabbing the fish on the outcrop and then washing it was repeated at least a dozen times. Towards the end, the bird held the fish by its tail and, if it still wriggled, stabbed it again.