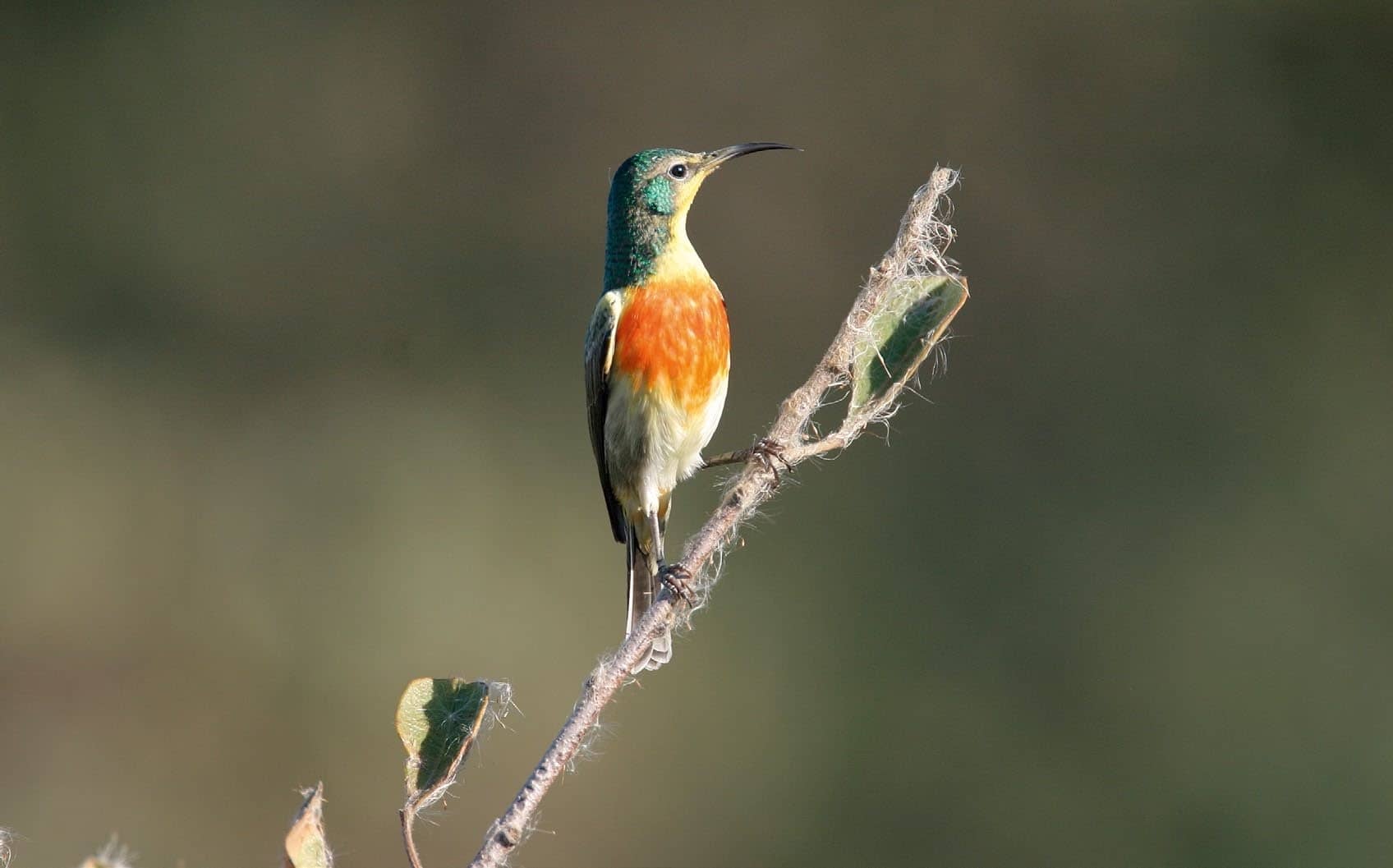 Hybridisation has been record-ed among about 10 per cent of bird species, but the incidence varies among groups (Grant and Grant 1992). It is particularly common among ducks, where more than 40 per cent of species have been recorded as hybridising with other ducks. Hybrids have even been reported among distantly related species, such as the particularly scary combination of an Egyptian Goose x Mallard. Other families with a high frequency of hybridisation include the gamebirds (22 per cent) and hummingbirds (19 per cent).

Among the sunbirds and spiderhunters (Nectariniidae), hybrids have been recorded between 15 of the 145 species recognised by the IOC list (Murphy 2006), close to the average across all birds. Most records are among members of the highly speciose genus Cinnyris (eight of 56 species), especially among the confusing double-collared sunbird complex. However, the genus with the highest incidence is Chalcomitra, where five of seven species have been recorded as hybridising and hybrids have been recorded among two of seven Cyanomitra species. There have been no records among several other large genera, such as Aethopyga (22 species), Anthreptes (14 species) and Arachnothera (13 species).